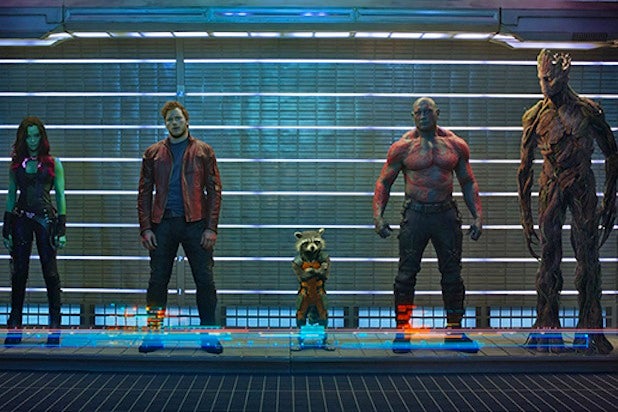 “Guardians of the Galaxy” passed the $200 million mark at the box office on Friday and is on its way to becoming the summer’s highest grossing movie domestically.

It brought in nearly $7 million Friday and heading for around $23 million in its third weekend of release, which should be good for second place behind “Teenage Mutant Ninja Turtles.” It’s at $204.4 million and will be around $220 million after Sunday.

The current domestic leader, Paramount’s “Transformers: Age of Extinction,” was just over $197 million after 15 days and is now at more than $243 million. Michael Bay‘s toybot epic has made most of its money overseas on its way to becoming the year’s only movie to hit $1 billion worldwide. It’s taken in more than $790 million from abroad, including more than $300 million from China.

The strength of Disney and Marvel’s superhero space romp, which opened on Aug. 1 and took in $94.3 million in its first weekend, has been one of summer’s pleasant surprises and a sequel is set for July 2017. Based on lesser known characters, “Guardians” gives Marvel an the studio a new group of heroes to interweave with its famous “Avengers” characters.

Disney’s “Maleficent” with $236.4 is the summer’s current No. 2 movie, according to Box Office Mojo. Fox’s Marvel sequel “X-Men: Days of Future Past” is third with $232 million, followed by Sony’s “The Amazing Spider-Man 2” at $202 million.