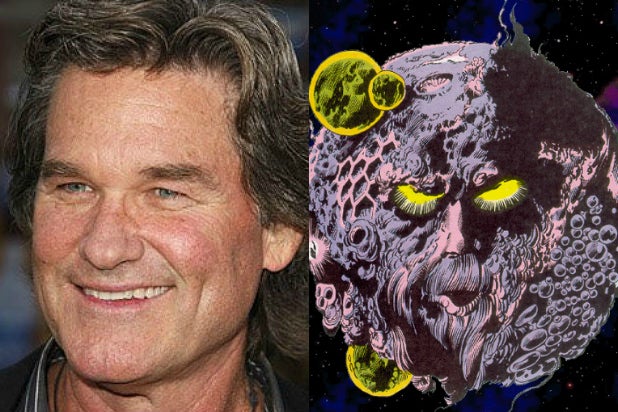 “Guardians of the Galaxy 2” has yet to reveal any footage of Kurt Russell’s character to the public, but a preview of the toys for the new Marvel movie give us the next best thing.

So, how does a planet father a child? In a clip aired exclusively for the Hall H crowd at Comic Con, it was explained that Ego has the ability to create a human avatar that allows him to interact with puny organisms on their level. Drax asks if this human avatar is — ahem — anatomically correct. Indeed it is.

Writer/director James Gunn hasn’t revealed exactly what Ego’s motives are or whether he is the main villain. However, in a video he posted to his Facebook page, he explained that he revealed the identity of Quill’s father now because he didn’t want fans so shocked over it that they looked past deeper themes he hopes to convey.

“Guardians of the Galaxy 2” will premiere in theaters on May 5.