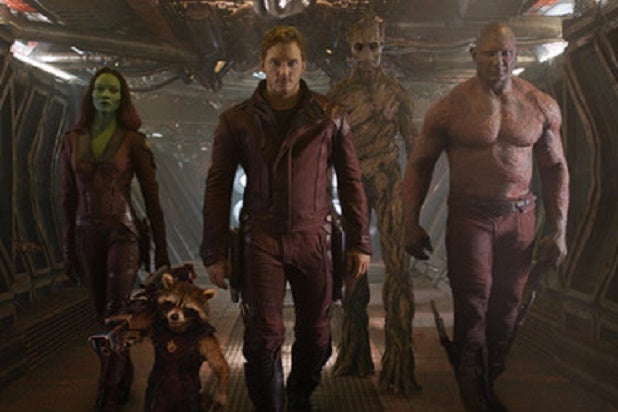 Disney stockholders’ happiest place on Earth is looking at their portfolios now that the company’s stock is nearing it’s all-time high.

The studio entertainment side of the business is the primary driver of the excitement on Wall Street, boosting the company’s net income with a 22 percent increase in the third fiscal quarter, which ended on June 28. During the quarter Disney posted a net income of $2.25 billion, a sharp increase from the $1.85 reported at the same time last year.

Also Read: Disney Stock Surges After Reveal of up to $8 Billion Stock Buyback

Strong performances from “Maleficent,” “Captain America: The Winter Soldier” and “Guardians of the Galaxy” are contributing to the excitement over Disney stock as well has the promise of upcoming “Star Wars” episodes from the recently acquired Lucasfilm. After crossing $1 billion at the box office in March, “Frozen” is still riding high on the home video charts. And while “Planes: Fire & Rescue” did $220 million at the box office, it’s the film’s toy line that will prove to be lucrative in the long run. In the first quarter of 2014, “Planes” was the third-fastest growing license behind “Despicable Me” and “Frozen,” according to NPD Research.

TheStreet’s Rating Team gave Disney a score of A+, rating it as a “buy,” due to its earnings growth of 26.73 percent and an increased stock price of 38.53 percent over the past year.

Still, some Wall Street Insiders are still lukewarm on the stock, primarily due to high costs associated with programming Disney-owned ESPN.

“Incredible success of its movies at the box office helped Disney post yet another quarter of better-than-expected results wherein both the top and bottom lines registered growth of 8% and 24%, respectively,” wrote an analyst at Zack’s. “All the segments with the exception of Media Networks continued to deliver double digit profits. We believe that the robust pipeline of movies and sustained growth at Parks and Resorts along with booming opportunities for Interactive segment given releases of new gaming titles will boost revenues in the upcoming quarters.”

“However,” continued the analyst, “higher sports rights as well as increased programming and production costs along with deteriorating traditional advertising revenue trends are near-term headwinds compel us to be on the sidelines. Thus, we reiterate our Neutral recommendation on the stock.”