Janice Arouh has been named president of domestic distribution and marketing at Entertainment Studios Networks, effective May 10.

She’ll move to ES from her current position as executive VP of affiliate sales and marketing for Hallmark Channel and Hallmark Movie Channel. 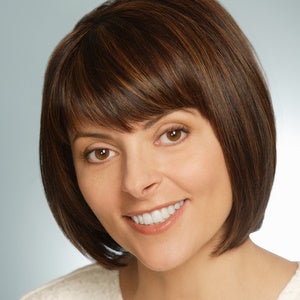 Entertainment Studios was founded by chairman-CEO Byron Allen in 1993. In addition to its HD networks, ES produces, distributes and sells advertising for 24 television programs, making it the largest independent producer-distributor of first-run syndicated TV programming for broadcast stations. It also provides video content to various TV networks, mobile devices, multimedia platforms and the internet, and has a home entertainment division with a library of 4,000-plus hours of owned content and a growing array of licensed titles.

“Entertainment Studios is one of the best kept secrets in media entertainment, and it owns one of the world’s largest content libraries," Arouh said in a statement. "I share Mr. Allen’s vision to build the premier HD and 3D lifestyle, general entertainment and sports portfolio offering. When you look across the new-media landscape, there is no better emerging independent network group than Entertainment Studios Networks positioned to offer distributors exclusive and distinctive programming in native HD and 3D 24/7."