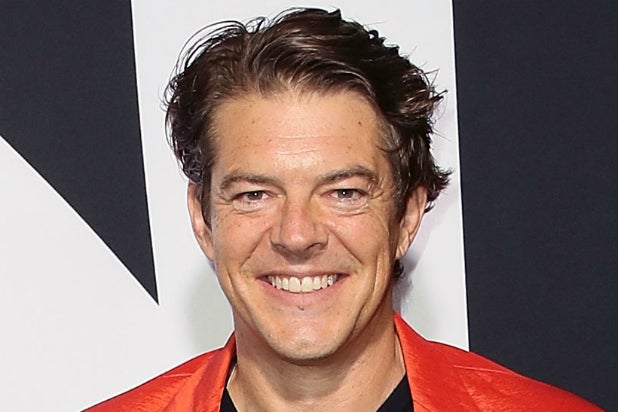 “Halloween” and “Get Out” producer Jason Blum said his night went “haywire” after he  criticized President Trump while being honored at the 32nd Israeli Film Festival on Tuesday night.

Deadline, which first reported the incident, said Blum was booed as he criticized the president. The Hollywood Reporter said a man tried to remove Blum from the stage.

“The great thing about this country is that you can like Trump, but I don’t have to, and I can say what I feel about it — and I don’t like it,” Blum said at Saban Theater at the Steve Tisch Cinema Center in Beverly Hills, according to THR.

A representative for Blum did not immediately respond to a request for comment Tuesday.

Blum made his remarks during his acceptance speech for the 2018 IFF Achievement in Film & Television Award. It prompted loud boos and led some people to walk out, Deadline said.

The boos got louder, according to THR, when Blum said, “As you can see from this auditorium, it’s the end of civil discourse… We have a president who calls the press the enemy of the people. Thanks to our president, anti-semitism is in the rise.”

Others tried to interfere on Blum’s behalf. A witness told THR that many in the room felt the producer’s “freedom of expression” was compromised.

Blum later tweeted the entire contents of his speech — including the parts he wasn’t able to relay at Tuesday’s event:

I was honored by the Israel film festival tonight and, unfortunately was not allowed to finish the speech I was trying to give. Here is the message…

Thank you, Lin, for those kind remarks and for your friendship. I am thrilled you could be here tonight. And thank you to Meir Fenigstein everyone at the Israel Film Festival for this tribute. I am honored to be recognized by a group dedicated to showcasing Israel’s thriving film and television industry. I’m especially honored to share the stage with Avi Nesher whose work I have admired for many, many years. Avi has never been afraid to tackle serious social issues and his films are beloved by audiences and critics around the world. He’s played a pivotal role in the growing prominence of Israeli cinema. I am also a huge fan of Israeli television. As an avowed binge-watcher, I have spent way too many hours with Fauda and Hostages. Not to mention Homeland, which would not exist if not for Hatufim. So, tonight we have much to celebrate as we open the 32nd Israel Film Festival. At the same time, today, Americans went to the polls to exercise our right to vote on what kind of future we want for our children. Those election results are pouring in as I speak. And so much is on the line. The past two years have been hard for all of us who cherish the freedoms we enjoy as citizens of this country. The sense of community that has bound us together for generations is all but gone. We have seen the end of civil discourse. We have a President who calls the Press the enemy of the people. Nationalism is surging. Dog whistle politics are rampant and anti-Semitism is on the rise in ways my generation never thought imaginable. The Internet has become a place where people can vent their rage and spew hate anonymously. It is helping bigotry thrive. The truth is, hate speech breeds violence. It dehumanizes. It demonizes. And ultimately, it targets. What we saw in Pittsburgh was a horrific example. These are NOT isolated incidents. They are NOT happening somewhere else. They are happening HERE in our communities and we must step up and speak up. We cannot allow anti-Semitism or bigotry of any form to become mainstream. Those of us who work in film and television. have a vital role to play in telling stories that portray all kinds of people from all corners of the world. Stories that entertain, but also make us think more and harder about who we are and where we are going. It’s time for us to be vigilant in bringing new voices to the cinema. To nurturing diverse filmmakers from all walks of life who can offer unique perspectives on the world. When you have a chance to walk in the shoes of others who are not like you, it is harder to hate. Most of all, this is a time for all of us to examine our values and decide what we are willing to tolerate. It is time to be accountable. It’s time to speak out loudly when we see examples of bigotry. Don’t allow it from your friends, your co-workers or your family members. If we are not accountable, we may wake up one day in a country we don’t even recognize. Let us all hope that today’s election starts to chart a different course – not just for the U.S., but for the world – one that reaffirms the values that we all cherish. Thank you.