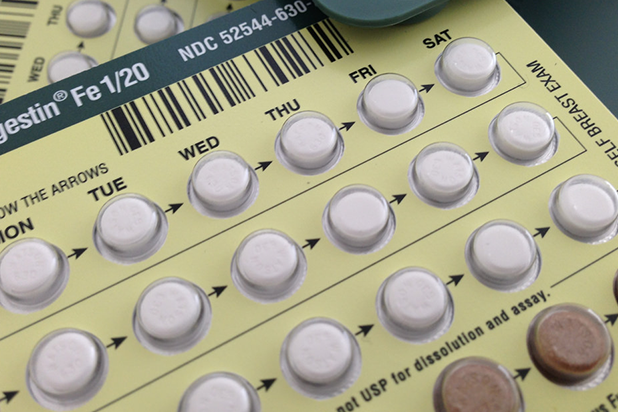 The Trump administration’s decision Friday to roll back an Obama-era mandate on employers to include birth control in health insurance coverage is drawing intense backlash online, inspiring the hashtag #HandsOffMyBC.

More than 55 million women currently have access to birth control without a co-pay because of the current mandate, and the Trump administration’s new rule could lead to hundreds of thousands of women losing those benefits,  the New York Times reports.

The decision to roll back the federal mandate comes during a week when abortion rights are also in the news cycle, as Rep. Tim Murphy, who has been vocal in his anti-abortion views, is resigning after reportedly asking his mistress to have an abortion, according to the Washington Post.

Many on Twitter expressed their disapproval of the rollback on social media.

“Limiting options for both birth control and abortion turns women into slaves of reproduction. This is f—ing war,” tweeted journalist Lauren Duca. “Dear men, especially those who enjoy sex (!), the battle for reproductive rights is your fight too. Step it up.”

Dear men, especially those who enjoy sex (!), the battle for reproductive rights is your fight too. Step it up.

This administration just rolled back birth control coverage for American women. In 2017. https://t.co/aLZLrpFOCg

Birth control is not health care alone. It's the right of women to control their bodies, plan their families, chart their futures. For many women, it is prohibitively expensive to access the best method for them. It is beyond belief that this is still up for debate. #HandsOffMyBC

99% OF WOMEN USE BIRTH CONTROL AT SOME POINT IN THEIR LIVES. It’s basic, preventative healthcare. #HandsOffMyBC

I'm a Christian. This is not about my religious freedom. This is about controlling women's sexuality. That's all this is. #HandsOffMyBC

Employers have absolutely no business in private health decisions. This new rule is unacceptable. #HandsOffMyBC

Disgraceful that in 2017 we must still explain: birth control is health care! @POTUS rule takes that away. #HandsOffMyBC #MenForChoice pic.twitter.com/AIlSPObs8i

This is unacceptable. We have to make our voices heard. #HandsOffMyBC https://t.co/ipIxf1wm6d

If you're going to grab pussy, I think you should be responsible for taking care of said pussy. #HandsOffMyBC https://t.co/1IgInS2roG

Access to birth control should be a woman’s choice. Not her employer’s. #MenForChoice #HandsOffMyBC https://t.co/S8QhVQVBLy

Trump Admin wants to make birth control about ideology, but let’s be clear: for women & fams it's about being healthy & financially secure.

But making access to guns easy, allowing kids to die is right…

You may want to get a new religion#HandsOffMyBC

Access to birth control affects decisions women make every day—like whether to start a new job or how much a family can save for college.

But today, the Trump Administration announced it will give employers the power to deny women birth control coverage.

This is what comes from decades of attacks on women’s rights. https://t.co/Hf1oY9lEn7

Kinda ironic that politicians are trying to make abortion rates go down by withholding birth control from women. #handsoffmyBC

A President who disrespects women, has just told women that they will no longer be covered for birth control because, well, they are women. I'm fed up with a man running this country only to appease himself. 50% of this country is made up of women! #HandsOffMyBC

Disgraceful. This will allow any employer – even if they aren't religiously affiliated – to immediately stop covering #birthcontrol. https://t.co/lwOlBSW3As

This is a shameful assault on women's health. #BirthControl is NOT controversial. 9 in 10 women use contraception at some point in life. https://t.co/lwOlBSW3As