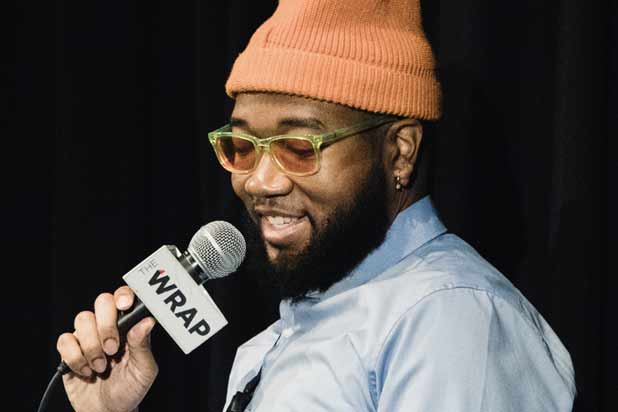 Not many people get to thank the inspiration for their greatest work to date — certainly not when they’ve been dead for over 100 years — but Joshuah Brian Campbell got that chance and it meant the world to him.

Campbell and “Harriet” star Cynthia Erivo are nominated for Best Original Song for their work, “Stand Up,” which plays during the closing credits of the film. During TheWrap’s Screening Series at The Landmark in Los Angeles on Sunday, Campbell spoke about how when he got the call saying “Stand Up” would be used in the film, he was actually on his way see Tubman’s final home in Upstate New York.

“When I got the go-ahead call that they wanted to use the piece,” Campbell explained, “I was prepping to get on a bus to go on a pilgrimage to the Harriet Tubman home site. It was really special that I was sort of able to say thank you to her on the land she spent her last years.”

Campbell was brought on to the project after the film’s composer, Terence Blanchard, saw Campbell perform his song “Sing Out, March On” at Harvard’s commencement in 2018. To work on the film was a natural fit for Campbell, who connected very strongly to Tubman’s faith — the two actually belonged to the same denomination, African Methodist Episcopal Zion Church.

“I think the film captures pretty beautifully Harriet as a woman of faith and the almost mystical but very viscerally real connection to God and to spirit that she seemed to have,” Campbell said. “And that’s something that’s really important to me. So I think being involved in the project, because of that, was special. And also because the sound that Cynthia, the producers and I were able to create with the song really is really honest to my roots in gospel and southern traditional black music. I was able to pour so many pieces of myself into the sound world of the song and that was really special.

During an interview last year, Erivo told TheWrap she thought she “was probably a pain to most people because I was so specific about what I wanted to hear and what I wanted to do.” Campbell couldn’t disagree more.

“I think she’s alluding to the fact that she had high standards and I count it as a blessing to work with somebody, especially a vocalist who knows her instrument like Cynthia, who is very clear about what it is they want out of the sound or out of the piece,” Campbell said. “I grew up in the black church and choir directors are no joke — and I have been a choir director — so I know what it’s like. I really didn’t experience any pain for the process. I thought it was a really strong musician who is clear about what they want and need.”