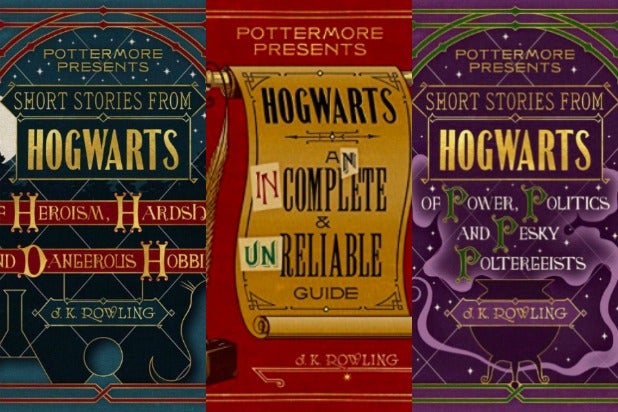 The wizarding world of Harry Potter has already given its fans plenty of magic (more books, spinoff films, a West End play and two theme parks) to help them survive after the tragic end of the film franchise, and it doesn’t look like it’s stopping anytime soon.

The Potterverse is continuing to expand, yet again, with the release a set of eBook shorts called Pottermore Presents.

The books will each delve deeper into the Harry Potter stories and offer more insight into the settings and beloved magical and Muggle characters. Pottermore Presents will be a collection of writings from the series’ creator, J.K. Rowling, and and archives from Pottermore.

Rowling’s most recent installment in line with the “Harry Potter” franchise, “Harry Potter and the Cursed Child,” has sold more than 3.3 million copies.

The shorts will be available in English, French, German, Italian, Japanese, Dutch, Brazilian Portuguese and Spanish. Each of the ebooks will cost around $3.

The three eBooks will be released Sept. 6, but fans can begin pre-ordering now.