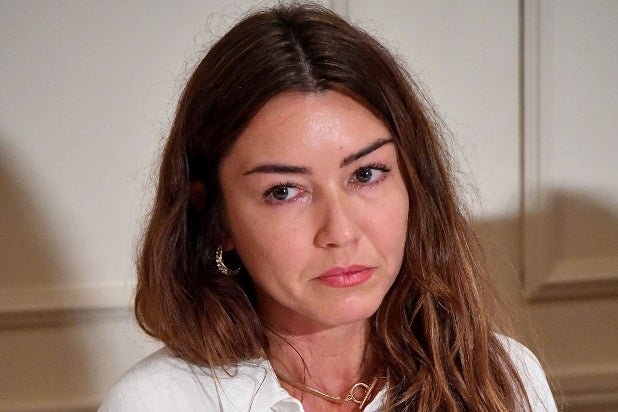 Miriam Haley (née Mimi Haleyi), a sexual assault victim in the Harvey Weinstein case, explained to the court the impact the disgraced media mogul’s actions have had on her life at his sentencing Wednesday.

The former production assistant on “Project Runway” testified in January that Weinstein forcibly performed oral sex on her at his Soho residence in 2006.

“That is what I experienced was happening when he with physical force violated my trust, my body and my basic right to reject his sexual advances.”

She also described fearing for her life, feeling, “paranoid” and experiencing “panic attacks and nightmares.”

“I’ve lived in fear and paranoia on a daily basis – in fear of retaliation, paranoid my every move was being tracked and monitored, having learnt of the methods Harvey Weinstein has used to intimidate and silence people,” she wrote. “Having had a friend tell me his private investigator showed up at their door, asking questions about me. I’ve had panic attacks and nightmares. I’ve feared for my life.”

In the spring of 2006, I was at a very low and vulnerable point in my life. I was feeling drained and insecure, having recently almost lost my great friend, mentor and employer, to severe illness. He was like family to me and to almost lose him was devastating. His business collapsed, and as a result, I lost my job and my income. And with that I ended up losing my apartment. I also lost the foundation, support and encouragement that I had had to pursue projects and ideas under that company.

Everything had come crashing down that year and I knew I had to start from scratch, make new professional connections and create new opportunities. So when Harvey Weinstein agreed to meet with me that one afternoon at the Cannes Film Festival, to talk about potential job opportunities, I felt elated and hopeful.

Nevertheless, Harvey Weinstein arranged for a small work opportunity – not a real, official job like I had originally hoped, nothing major, but it was something. And at that particular point in my life, something was better than nothing, so I was grateful.

Some time later I expressed that gratitude to him by email and what followed was a brief period where Harvey Weinstein treated me with surprising respect and normality. Until July 10th 2006, when he asked me to stop by his Soho apartment. I had no reason not to go there. Harvey Weinstein wasn’t a stranger. He knew people I knew.

I had no reason to think that even if he made sexual advances towards me and I rejected him, that he wouldn’t respect my rejection. I had no reason to believe that he would force an act of sexual violence on me. But that’s exactly what he did. I believe that when he attacked me that evening, with physical force, with no regard for anything I said, no regard for my cries and protests, my physical resistance, my panic and fear – it scarred me deeply – mentally and emotionally – perhaps irreparably, perhaps forever.

Since I felt trapped in not being able to go to officials or out him publicly because of reasons I’ve shared in my testimony, I eventually buried it, minimised it – put on a brave face and carried on as usual. Because that was my coping mechanism.. and to be honest, I didn’t want to feel like a victim nor be perceived as one. I preferred people thought this powerful guy that the industry fawned over, respected and liked me.

However, in reality, these incidents with Harvey Weinstein altered the course of my life significantly. I no longer felt the same positive confidence in my professional worth or the same optimism about a future in the film and TV industry. I tried for a while, as the court was shown, to pursue some ideas, but he had crushed a part of my spirit and made me feel, well, awkward and insecure.

At the time this all happened, I thought I was alone in this. I had no idea there were others. I didn’t realise the extent of Harvey Weinstein’s manipulative and calculated predatory behaviour. I have since heard descriptions of encounters with Harvey Weinstein that are so strikingly similar to mine, they blow my mind. The pattern is obvious. I’m in no doubt, that if Harvey Weinstein hadn’t been convicted for sexual assault and rape by this jury, it would’ve happened again, and again, again. So I’m relieved to know he’s not out there, feeling even more empowered, entitled and assured that he can do whatever he wants, to whoever he wants to do it to. I’m relieved he will now know he’s not above the law. I’m relieved, that there are women out there who are safer because he is not out there.

Agreeing to become a witness in this criminal prosecution of Harvey Weinstein, simply because it was the right thing to do and my civic duty, has had further impact on me. It’s affected so many aspects of my life. On the one hand, it forced me to process what happened on a level I hadn’t previously. It forced me to resolve and settle within myself feelings of self blame and shame that I was still holding on to. I couldn’t have walked into this courtroom for my testimony and cross examination still carrying all of that. I let it all go, and I showed up, not as a perfect victim, but as a human being.

So in that way it’s been healing.

But mostly, the past couple of years have been excruciatingly stressful. I’ve lived in fear and paranoia on a daily basis – in fear of retaliation, paranoid my every move was being tracked and monitored, having learnt of the methods Harvey Weinstein has used to intimidate and silence people. Having had a friend tell me his private investigator showed up at their door, asking questions about me. I’ve had panic attacks and nightmares. I’ve feared for my life.

And because of the public nature of all of this, I put myself in such a vulnerable position to be criticised, scrutinised, judged and targeted by (often misinformed) strangers. I’ve worried I might lose work because potential employers might be put off by the discovery of this cringey information, since it’s readily available on the internet. I’ve avoided dating for that same reason. I didn’t want to drag anyone into to it, embarrass them, or be hurt if they distanced themselves from me once they found out.The list honestly could go on, the ways in which my life has suffered, been disrupted, infiltrated and inconvenienced, all as a result of Harvey Weinstein’s actions.

I’ve never felt vengeful, and going into this, initially, I didn’t even feel anger. I just felt sad. Sad for myself, sad for everyone he hurt and I even felt sad for him, for having done this to himself. But I have observed an indifference, a lack of remorse, a lack of acknowledgement, a lack of awareness and self awareness, by the defendant, throughout this process, that has made me feel anger. That has left me concerned he is completely disconnected from the gravity of the crime that he committed against me and the impact it’s had. I can only hope, that whatever sentence the court sees fit, is long enough for Harvey Weinstein to acknowledge what he’s done and to be truly sorry.

Happy Mario Day: 8 Games You Might Not Know That Feature Nintendo's Mascot (Photos)

Dust off your old consoles, folks

March 10, or Mario Day (MAR10... get it?) wasn't invented by Nintendo, and it's not tied to the company's marketing, but that didn't stop everyone from declaring today the magical Italian plumber's unofficial holiday. Of course you know Mario appears in over 50 games under his own moniker (and often alongside his twin brother, Luigi). But he has also had clever cameos in tons of other Nintendo games, many that have since been forgotten. So on Mario's Day, dust off your old consoles -- here are some games you might not have known Mario is involved with.