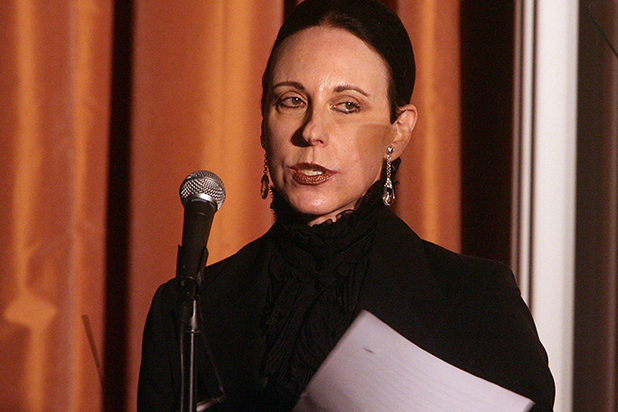 HBO executive vice president of media and talent Nancy Lesser filed a lawsuit on Tuesday against the Television Academy over a fall she suffered at the 2016 Emmy Awards.

Lesser says in the suit, which was filed in L.A. Superior Court, that adequate and safe exits were not set up for the Emmys at the Microsoft Theater. Her fall caused her to miss the HBO after-party and take an eight month leave to recover, according to the filing.

The suit names the Television Academy, the City of Los Angeles and Anshutz Entertainment as defendants in the case, stating the organizations should have known from past experience leaving the show would be “throng-like” for guests, “which would create extreme congestion and severely diminish any forward visibility and certainly diminish and preclude visibility of conditions that may exist on the walkway itself.”

The HBO exec said in the suit that because of “the fashion of the day” and women wearing high heels, the “entire walkway area should be properly illuminated to give the best visibility to all of the attendees and other persons using the walkway to which they were directed to go to the Governor’s Ball or the celebrity and limousine parking.”

Lesser described not being able to see a dirt cut-out in concrete when she tried to leave via a side exit to avoid the “throng” of people leaving by the red carpet. “These concrete cut-outs were with dirt and trees, the poor lighting of the area and the creation of a throng of people overloading the walkway that attendees were directed to were each a dangerous condition created by defendants and each by themselves, and together, caused the plaintiff’s accident to occur,” the lawsuit reads.

She ended up falling backwards and injuring her right hip, causing her to miss HBO’s large after-party, which she coordinated, according to the lawsuit. Lesser spent two weeks at Cedars-Sinai hospital and needed 24 hour care preventing her from her work at HBO, it went on to say.

Lesser is suing for negligence and is seeking upward of $1 million in damages to cover her medical costs.