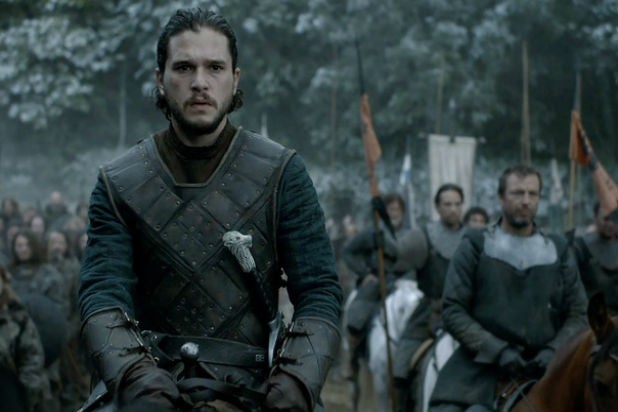 HBO Now — the premium cable channel’s streaming service — went down Sunday night as “Game of Thrones” fans were preparing for the highly anticipated “Battle of the Bastards.”

For casual fans who don’t know why this particular episode is so important, Jon Snow and Sansa Stark face off against Ramsay Bolton in an epic “Battle of the Bastards” (TheWrap has an excellent primer you can read here while waiting for your HBO Now to fire back up).

Also Read: 'Game of Thrones': All of Ramsay Bolton's Crimes Against Humanity (Photos)

ASAP can’t come soon enough for some “Game of Thrones” fans. The outage has caused outrage on social media. Check out some of the funniest reactions below.

Dear #HBONow I will accept a full refund or a month free – you decide @HBO #HBOfail pic.twitter.com/rIXQNbmM6u

This is @hbonow/@HBONowHelp right now, isn't it? #HBONow #GameOfThrones pic.twitter.com/CaDDQfO8Zu

HBONOW IS DOWN. Now I finally relate when there's that hilarious scene in movies when the TV messes up a bunch during "THE BIG GAME"

SPOILER ALERT: In this episode of #GameofThrones George RR Martin kills off @hbonow.

HBO Now, you have sinned in the eyes of the seven. #GameOfThrones pic.twitter.com/MxerwGLc5F

When you attempt to login to HBONow for Game Of Thrones and it's down…again. #CurrentMood pic.twitter.com/ALIcjLPivT

The fact that HBO Now is down during Game 7 is proof the NBA is rigged.

I pay for your service to use it once a week. It would be nice for you to work ON THE ONE DAY I NEED IT.

The nice thing about HBO Now not working is that no jerk will ruin GoT for me before the game ends.

17 'Game of Thrones' Stills From 'Battle of the Bastards' (Photos)

Official synopsis for Season 6 Episode 9 reads: “Terms of surrender are rejected and accepted.”