Ten of the Democratic presidential candidates shared a stage on Thursday evening at Texas Southern University in Houston for the third round of debates. Moderators pressed candidates on questions ranging from health care, gun control, immigration, education, and foreign policy. Here are three takeaways from the debate: 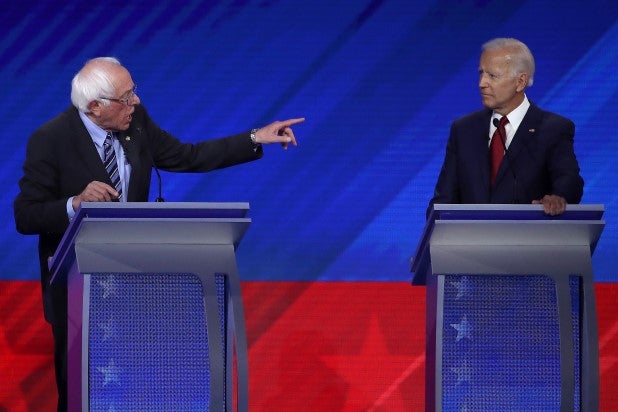 Early in Thursday’s debate, the candidates sparred over health care for more than half an hour. Things took a turn for the personal as Joe Biden, Bernie Sanders, and Elizabeth Warren debated over their plans for the future of health care insurance.

As Sanders and Warren defended their Medicare-for-all plan from critiques about limiting choice or how taxes would impact middle-class Americans, Sanders made a reference to cancer that Biden immediately responded to.

But the conversation got heated when Julián Castro questioned Biden’s statements on whether Americans would have to buy-in to his proposed health-care plan.

“You just said two minutes ago that they had to buy in,” Castro said over cross-talk. “Are you forgetting what you said two minutes ago?” But after detailing the overarching basics of his plan, Castro offered up another blow: “I’m fulfilling the legacy of Barack Obama and you’re not.”

“That’ll be a surprise to him,” Biden responded.

“This is why presidential debates have become unwatchable,” an exasperated Pete Buttigieg said. 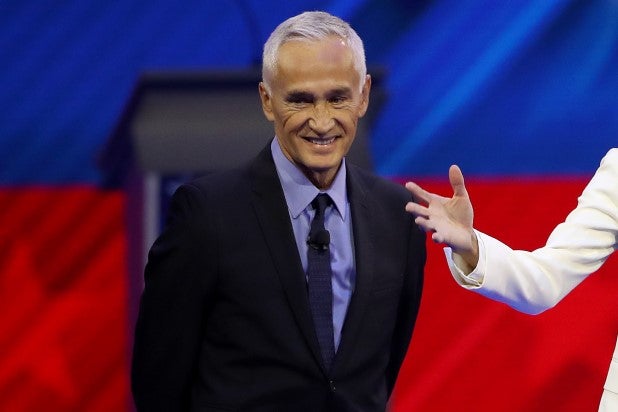 Jorge Ramos, whose first question was directed to Biden, started by calling out the Obama administration’s record of deporting 3 million people and asked whether Biden would admit that it was a mistake and explain “why Latinos should trust you.”

After Biden responded that Obama and Trump’s records could not be compared, Ramos interrupted to remind Biden that he hadn’t answered the question and asked, again, “Did you make a mistake with those deportations?” When Biden responded, “The president did the best thing that could be done,” Ramos interjected once more: “How about you?”

“I’m the vice president of the United States,” Biden said. Castro, again taking aim at Biden, reiterated a critique he shared at the last debate that Biden only took credit for positive responses to Obama’s presidency and deflected responsibility for the negative.

Turning to Buttigieg, Ramos then asked whether those who support Trump and his immigration policies were racist. “Anyone who supports this is supporting racism,” Buttigieg said. “The only people who actually buy into this president’s hateful rhetoric around immigrants are people who don’t know any.”

Journalists could notes from @jorgeramosnews in the #DemDebate.

He is asking tough, but fair questions – not to stir drama or seek a gotcha moment – but to hold people accountable to their records and have them answer for it.

His clarity makes it thrilling nonetheless.

Later, however, Ramos did refer to the Amazon fires, climate change, and asked Booker — a vegan — whether he’d want other people to adopt his diet.

“No,” Booker said. “And let me translate that into Spanish: No.”

Who spoke the longest? 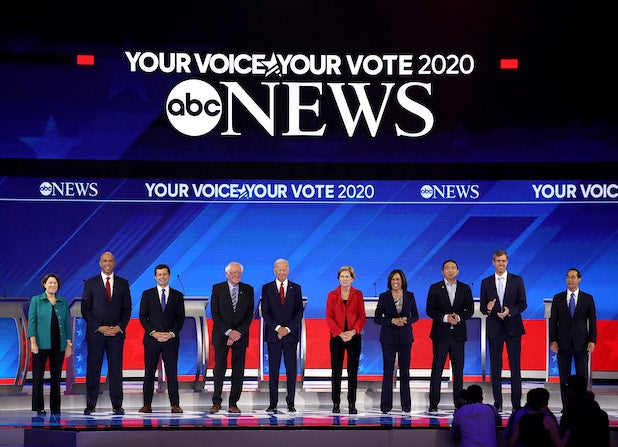