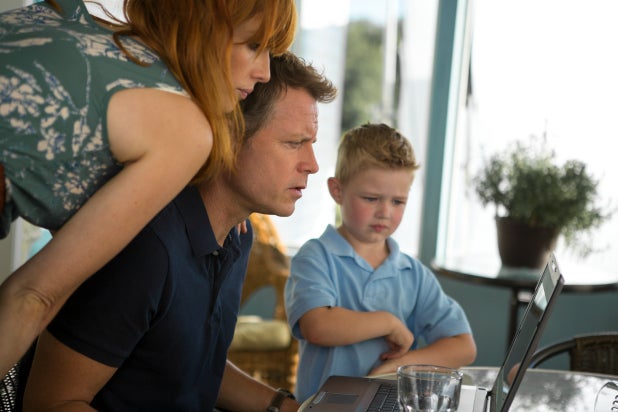 “Heaven Is for Real” did even better than we thought at the box office this weekend, and moved up from third place to second in the rankings after a strong Easter Sunday showing.

Monday’s final figures showed that Sony’s faith-based drama starring Greg Kinnear took in $22.5 million over the three days, a million more than the studio had projected on Sunday morning. That put it in second ahead of Fox’s “Rio 2,” which wound up with $22.1 million when the actual numbers came in. That’s a little under the $22.5 million that Fox had estimated for the three days.

The final number for Disney’s “Captain America: The Winter Soldier,” which finished No. 1 for the third straight weekend, was $25.5 million, roughly a million dollars under the studio’s Sunday estimate.

“Heaven Is for Real” has taken in $29.5 million since opening on Wednesday. It received an “A” CinemaScore grade from opening night audiences, so word of mouth should help over the next few weeks.

Randall Wallace directs the tale of small town pastor whose son claims to have seen heaven after a near-death experience. Kelly Reilly and Thomas Haden Church co-star in “Heaven Is for Real,” which was produced for $12 million by Joe Roth and pastor Thomas “T.D.” Jakes. It’s based on a best-selling Christian book written by Todd Burpo and Lynn Vincent.