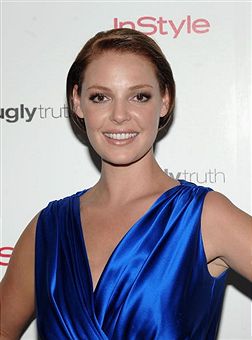 Katherine Heigl is set to star in "The Age of Adaline," an epic romance that Sidney Kimmel Entertainment and Lakeshore Entertainment will co-finance and co-produce.

Mills Goodloe and Sal Paskowitz’s script follows a woman who suffers an accident that has rendered her ageless for the past 100 years. Eventually she meets a man who may finally be worth risking her life to regain her mortality.

I don’t know too many women who would give up eternal youth for a man, but I suppose if it was one of Heigl’s recent co-stars (Gerard Butler, James Marsden, Josh Duhamel and Ashton Kutcher) sweeping them off their feet, they’d at least consider it.

SKE, Lakeshore and Heigl previously partnered on the upcoming Lionsgate film "One for the Money."

"The Age of Adaline" is currently out to directors, with production scheduled to begin in October.