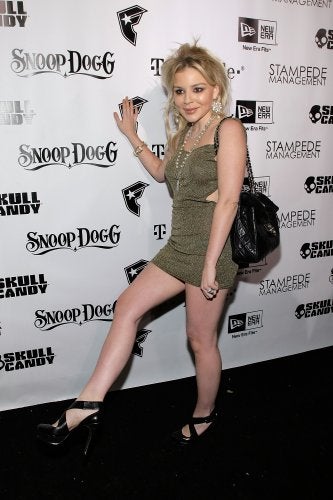 A flurry of Internet rumors, allegedly fueled by statements from her lover, Tila Tequila, claimed that Johnson is in a coma, but LAPD spokeswoman Officer Sara Faden says that Johnson, 30, is dead and her body is presently in the custody of the coroner’s office.

Johnson’s corpse was discovered in her home near West Hollywood.

“There was no evidence of foul play,’ Faden said, “and a preliminary investigation shows that it was a natural death. The fire department and LAPD arrived at her home at about the same time, 11:51 a.m. today.”

The LAPD does not consider Johnson’s death a possible crime and will not be issuing a homicide advisory. Faden could not confirm or deny a TMZ report that the socialite had been dead several days.

Johnson had become a staple of celebrity gossip sites because of her erratic behavior, which included, besides her engagement to the flamboyant TV figure Tequila, a grand-theft arrest stemming from Johnson’s breaking into the home of a former girlfriend.