Helen Mirren is set to receive a lifetime achievement award at the upcoming SAG Awards.

To date, Mirren is the most decorated SAG Life Achievement recipient, with a total of 13 SAG Awards nominations and five SAG Awards wins. She won her Oscar for “The Queen” from 2006 and picked up her SAG Award wins for her work in “Gosford Park,” for which she won as both Best Female Performance in a Supporting Role and for the film’s ensemble cast, as well as “Elizabeth I,” “The Queen” and “Phil Spector.” 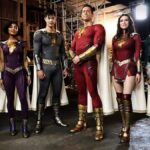 “Dame Helen Mirren is quite simply a brilliant and luminous talent. Her work runs the gamut of characters from a not-so-retired CIA super-killer and a ruthless Russian spy handler to a Hungarian cleaning lady and the most exquisite Elizabeth II,” SAG-AFTRA president Fran Drescher said in a statement. “She has set the bar very high for all actors and, in role after role, she exceeds even her own extraordinary performances. I’ve always felt a kinship with Helen. She’s the Queen of England and I’m the Queen of Queens. She won an Oscar and I’m left-hander of the year. It’s uncanny. And, it is my deep, personal honor to be the first to congratulate Helen as the 57th recipient of the Screen Actors Guild Life Achievement Award. Bravo, my dear!”

“I am honoured to have been chosen to receive the SAG Life Achievement Award,” Mirren said in a statement. “Since I was a young actor starting out, I have always been inspired by and learned from American screen acting, so this award is particularly meaningful for me.” 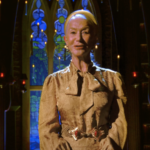