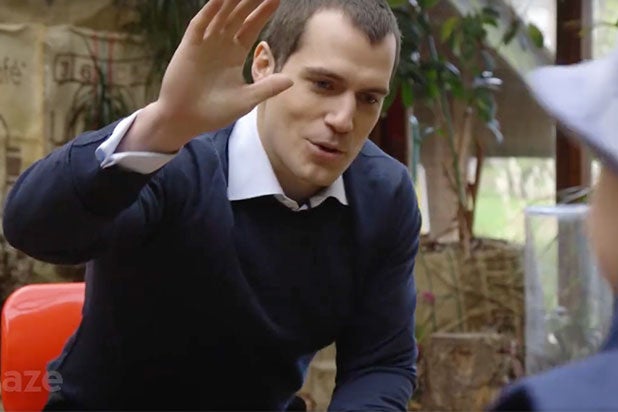 When “Batman v Superman: Dawn of Justice” hits theaters on March 25, audiences will find out which superhero will win the ultimate battle, but for now, kids seem to be putting their money on Batman.

“Just as a starter, who do you think is better? Superman or Batman?” “Superman” actor Henry Cavill asked the most brutal fans out there — kids — in new video released by the online charity initiative Omaze.

Cavill took kids through all the character’s superhero powers, including the ability to fly, having super strength or having laser eyes.

“Can Batman do laser eyes? No. He just sits in a cave,” Cavill said.

But most of the kids won’t change their minds, and stand firm on their opinion that Batman is better than Superman.

“[Batman] can only fly if he falls off something,” Cavill continued. “Batman can’t go up, he can only go down. Superman can do both.”

The video was produced by Omaze and offered fans the chance to win tickets to the red carpet premiere of the film, which is set to hit theaters on March 25. Entries help to support the Durrell Wildlife Conservation Trust.

Batman or Superman? To settle the argument, I decided to ask some outside professionals. Watch what happens, then enter…