A Best Picture Oscar nomination can help a movie at the box office, no question.

But that has never meant box office alone can help a film get nominated.

Three of this year’s Best Picture nominees are among the highest-grossing movies of the year: “The Martian,” “Mad Max: Fury Road” and “Bridge of Spies,” ranked No. 8, No. 20 and No. 42 respectively on 2015’s list.

Here’s how the eight Best Picture nominees have done at the box office so far: 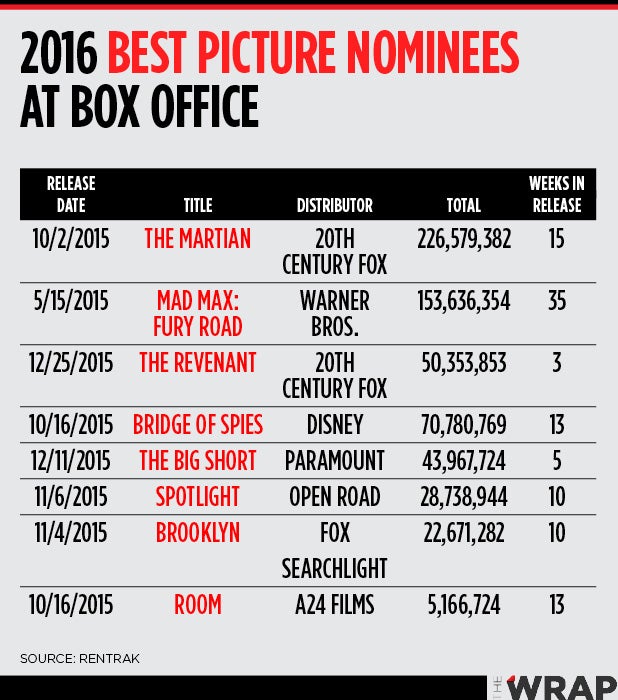