For those of you eager for Virtual Reality to become as ubiquitous as it is in Ernest Cline’s popular sci-fi book “Ready Player One,” you can get your fix in a first look at Steven Spielberg’s adaptation of the dystopian novel, which Entertainment Weekly released Friday.

The photo features Wade Watts, played by Tye Sheridan, a misfit orphan who lives in a trailer community known as “The Stacks.” Three decades into the future, trailers are stacked on top of each other into skyscrapers — this isn’t your average trailer park.

In the photo, Wade has on his VR gear, including haptic gloves. He’s plugged in to the OASIS, which is the VR world where kids go to school, adults go to work, and everyone goes to have fun and escape their sad reality. In the OASIS, Wade gets to be Parzival, a much cooler, avatar version of himself. 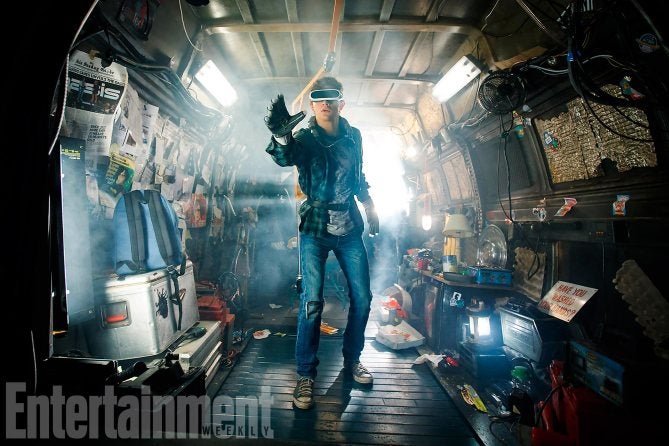 Wade is in his hideout, which gives a few nods to the book: newspapers with stories about James Halliday, the creator of the OASIS and Wade’s hero, ’80s nostalgia, and egg cartons to soundproof his space.