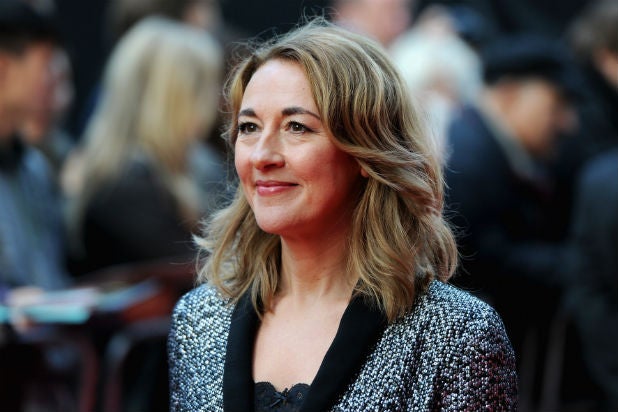 The award season nominations are in full bloom but to my mind there is already an overlooked actress for best supporting actress not appearing on Sunday night’s Golden Globe line up, as well as missing in action for today’s BAFTA list of nominations.

Hands down one of the best female acting roles of the season was Dorothy Atkinson in Mike Leigh’s engrossing “Mr. Turner.” She gives a brilliant performance as the demanding artist’s long suffering maid. Combining bad posture and an aging face that even becomes repellent, an anguished Atkinson shows how even Turner’s taking advantage of her sexually, and for granted as a servant, does not diminish her adoration for him.

Her performance seemed to have gone under the film critics’ radar screen. Only Stephen Holden at the New York Times listed her among his picks for best supporting actress. At least the British Independent Film Awards got it right and awarded her Best Supporting Actress for this rich role.

Like in his other films, Leigh cast the finest British character actors and ups the ante in “Mr. Turner” by purposefully presenting his actors in the most unattractive physical light. This practice is so in contrast to the beautiful people we see weekly on PBS’s popular “Downton Abbey.” As the camera often rolls over the most beautiful landscapes that inspired Turner, maybe beautiful people in the film would have been a distraction.

Surely Timothy Spall as Turner deserves to be nominated and should win. Hopefully, Atkinson will not be overlooked for an Oscar for best supporting actress like her arrogant painter boss ignored her character in “Mr. Turner.”

From ”The Graduate“ to ”Charlie Wilson’s War,“ here are some of the most iconic movies directed by the prolific filmmaker, who died unexpectedly at age of 83 this week