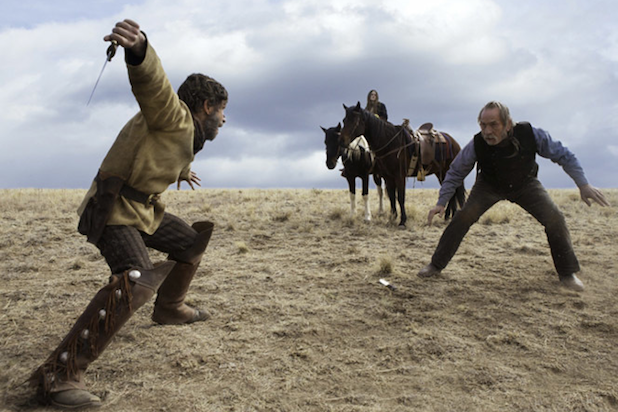 An international trailer for Tommy Lee Jones‘ drama “The Homesman” has made its way online.

Jones stars as a man whose life is saved by a pioneer woman played Hilary Swank. In exchange, he agrees to transport three mentally unstable women from Nebraska to Iowa. Along the way, he must contend with thieves and dangerous Indians.

Jones co-wrote, directed and produced the film, which is based on the book by Glendon Swarthout.

“Homesman” is the first Tommy Lee Jones joint since “The Three Burials of Melquiades Estrada.”