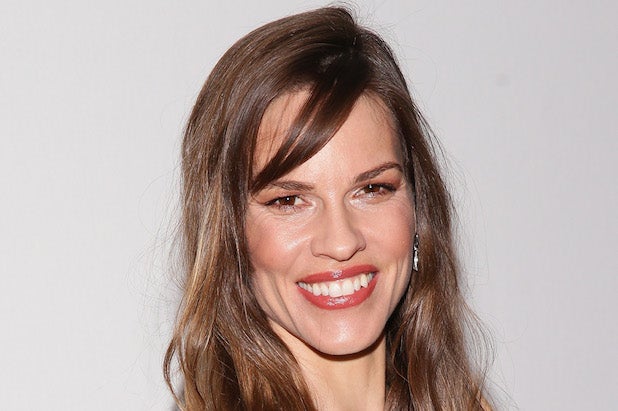 The film is slated for theatrical release later this year and is produced by DPP in association with Di Novi Pictures (Alison Greenspan) and 2S Films (Molly Smith and Swank).

Jordan Roberts and Shana Feste wrote the script, which is based on the novel of the same name by Michelle Wildgen.

“You’re Not You” centers on the relationship between Kate (Swank), a woman who has been immobilized by ALS (aka Lou Gehrig’s disease) and Bec (Rossum), the aimless and self-absorbed college student she hires to be her caregiver in spite of her husband’s (Duhamel) objections. What was supposed to be a part-time job instead becomes a life-changing experience for Bec as her relationship with Kate transforms her into a young woman with newly-found confidence and ambition.

Myriad Pictures is handling international sales and introduced the film to buyers at EFM in Berlin.

The deal was negotiated by CAA and Sejin Croninger, VP of worldwide acquisitions for eOne Films US. The company’s upcoming slate of domestic releases includes “Cuban Fury” with Nick Frost, “Two Night Stand” with Miles Teller and “Decoding Annie Parker” with Aaron Paul.