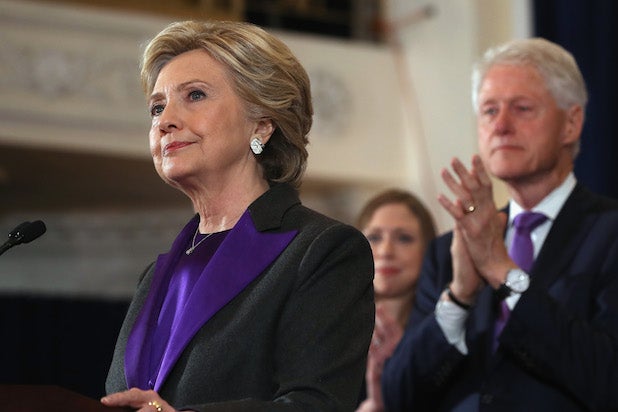 Clinton campaign lawyer Marc Elias wrote in a Medium post Saturday: “Because we had not uncovered any actionable evidence of hacking or outside attempts to alter the voting technology, we had not planned to exercise this option ourselves, but now that a recount has been initiated in Wisconsin, we intend to participate in order to ensure the process proceeds in a manner that is fair to all sides.”

According to NBC News, Wisconsin election officials have received Stein’s documents requesting the recount, and are now awaiting the cost estimate of such an undertaking that her camp would have to pay before the process could begin.

As of Saturday morning, Stein’s campaign raised more than $5.7 million online. The Green Party’s plan is to also file recount efforts in the swing states of Michigan and Pennsylvania.

If the recounts were to prove that Democrat Hillary Clinton got more votes than Donald Trump in all three states, she would have a claim to an electoral college victory in addition to winning the popular vote.

Read the full statement below from Clinton’s attorney:

Listening and Responding To Calls for an Audit and Recount

Over the last few days, officials in the Clinton campaign have received hundreds of messages, emails, and calls urging us to do something, anything, to investigate claims that the election results were hacked and altered in a way to disadvantage Secretary Clinton. The concerns have arisen, in particular, with respect to Michigan, Wisconsin and Pennsylvania – three states that together proved decisive in this presidential election and where the combined margin of victory for Donald Trump was merely 107,000 votes.

It should go without saying that we take these concerns extremely seriously. We certainly understand the heartbreak felt by so many who worked so hard to elect Hillary Clinton, and it is a fundamental principle of our democracy to ensure that every vote is properly counted.

Moreover, this election cycle was unique in the degree of foreign interference witnessed throughout the campaign: the U.S. government concluded that Russian state actors were behind the hacks of the Democratic National Committee and the personal email accounts of Hillary for America campaign officials, and just yesterday, the Washington Post reported that the Russian government was behind much of the “fake news” propaganda that circulated online in the closing weeks of the election.

For all these reasons, we have quietly taken a number of steps in the last two weeks to rule in or out any possibility of outside interference in the vote tally in these critical battleground states.

First, since the day after the election we have had lawyers and data scientists and analysts combing over the results to spot anomalies that would suggest a hacked result. These have included analysts both from within the campaign and outside, with backgrounds in politics, technology and academia.

Second, we have had numerous meetings and calls with various outside experts to hear their concerns and to discuss and review their data and findings. As a part of this, we have also shared out data and findings with them. Most of those discussions have remained private, while at least one has unfortunately been the subject of leaks.

Third, we have attempted to systematically catalogue and investigate every theory that has been presented to us within our ability to do so.

Fourth, we have examined the laws and practices as they pertain to recounts, contests and audits.

Fifth, and most importantly, we have monitored and staffed the post-election canvasses – where voting machine tapes are compared to poll-books, provisional ballots are resolved, and all of the math is double checked from election night. During that process, we have seen Secretary Clinton’s vote total grow, so that, today, her national popular vote lead now exceeds more than 2 million votes.

In the coming days, we will continue to perform our due diligence and actively follow all further activities that are to occur prior to the certification of any election results. For instance, Wisconsin and Pennsylvania conduct post-election audits using a sampling of precincts. Michigan and many other states still do not. This is unfortunate; it is our strong belief that, in addition to an election canvass, every state should do this basic audit to ensure accuracy and public confidence in the election.

Beyond the post-election audit, Green Party candidate Jill Stein announced Friday that she will exercise her right as a candidate to pursue a recount in the state of Wisconsin. She has indicated plans to also seek recounts in Pennsylvania and Michigan.

Because we had not uncovered any actionable evidence of hacking or outside attempts to alter the voting technology, we had not planned to exercise this option ourselves, but now that a recount has been initiated in Wisconsin, we intend to participate in order to ensure the process proceeds in a manner that is fair to all sides. If Jill Stein follows through as she has promised and pursues recounts in Pennsylvania and Michigan, we will take the same approach in those states as well. We do so fully aware that the number of votes separating Donald Trump and Hillary Clinton in the closest of these states – Michigan – well exceeds the largest margin ever overcome in a recount. But regardless of the potential to change the outcome in any of the states, we feel it is important, on principle, to ensure our campaign is legally represented in any court proceedings and represented on the ground in order to monitor the recount process itself.

The campaign is grateful to all those who have expended time and effort to investigate various claims of abnormalities and irregularities. While that effort has not, in our view, resulted in evidence of manipulation of results, now that a recount is underway, we believe we have an obligation to the more than 64 million Americans who cast ballots for Hillary Clinton to participate in ongoing proceedings to ensure that an accurate vote count will be reported.