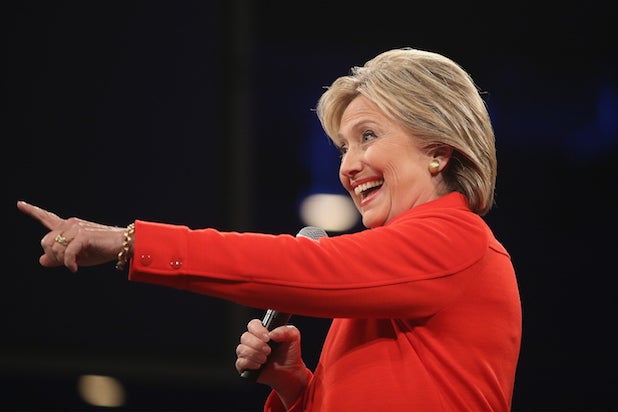 Hollywood A-listers are rolling out the red carpet for Hillary Clinton ahead of the Democratic frontrunner’s whirlwind fundraising tour in Los Angeles this week.

TheWrap spoke to Clinton’s Hollywood fundraising team about what to expect, who has already RSVP’d and how much will it cost to mingle with the entertainment industry’s biggest names.

Christina Aguilera and her producer fiancé, Matthew Rutler, will host Clinton’s first L.A. fundraiser this week their Beverly Hills home on Wednesday. Organizers tell TheWrap that Aguilera will be performing along with A Great Big World.

Also Read: Hillary Clinton's Best Week Ever Gets Some Best Hollywood Checks Ever With Fundraising Boost

The musical duo from New York, made up of singer-songwriters Ian Axel and Chad King, picked up their first Grammy for Best Pop Duo/Group Performance for “Say Something” along with Aguilera earlier this year.

Hosts for the event were asked to raise $10,000 for four tickets. Organizers say the fundraiser is really a straight-up concert. It’s completely sold out, with 400 people expected to show up.

Later on Thursday, “When Harry Met Sally” director Rob Reiner and his wife, Michele, will hold another Clinton fundraiser. No word yet on whether Meg Ryan will re-create her orgasm scene.

For those who weren’t able to snag a ticket to either of the first three events, they can still buy one for a bash hosted by Zach Braff, Kate Hudson and CAA’s Michael Kives on Friday.