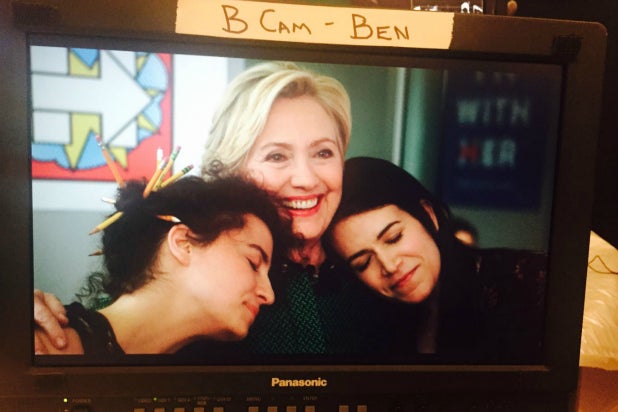 Forget Brooklyn, Hillary Clinton is taking up residence in Comedy Central’s “Broad City.” The Democratic party’s 2016 frontrunner is set to guest star on Season 3 of the Ilana Glazer-Abbi Jacobson sitcom.

No additional details on Clinton’s appearance — such as if she’ll be playing herself, and on what episode the presidential candidate will appear — are currently known.

The series returns for its third season premiere on Wednesday, Feb. 17 at 10 p.m.

In addition to Glazer and Jacobson, Hannibal Buress, Arturo Castro, and Paul W. Downs also star on “Broad City,” among others.

The show was nominated for a Critics Choice Television Award the past two years. Glazer has also been singled out with two Best Actress nominations for her work on the Comedy Central show.