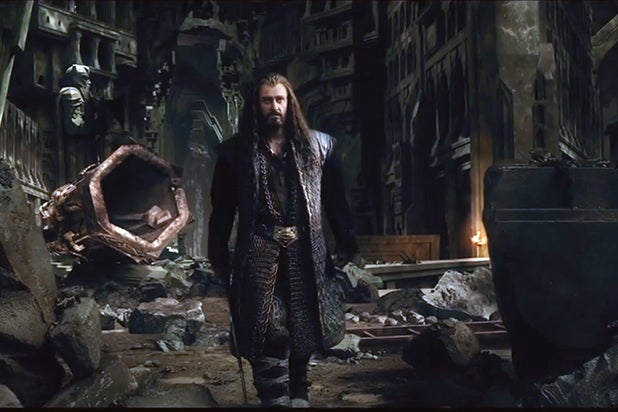 “The Hobbit: The Battle of the Five Armies” dominated the global box office for the second week in a row, taking in $105.5 million from 59 foreign markets.

Peter Jackson’s Middle Earth epic has now grossed $265 million overseas in 12 days of release, and has a worldwide total of more than $355 million for Warner Bros.

The best opening this weekend was in South Korea, where “Five Armies” brought in $10.4 million, and it posted the biggest opening of the year in Spain with $6.3 million.

IMAX theaters continued to be a driving force for “Five Armies,” and the $20.1 million that they generated this weekend is a December record as well as the best ever for the franchise. The giant screens have brought in nearly $30 million for the final film in Jackson’s Middle Earth trilogy.

“Interstellar” provided more good news for Warner Bros., which is distributing Christopher Nolan’s space epic overseas, as it moved up to $465 million from the foreign box office.

With $171 million from North America where Paramount is distributing, “Interstellar” has now grossed $635.4 million worldwide.

China has been the top territory for the Matthew McConaughey-Anne Hathaway thriller, followed by South Korea ($72.8 million), the U.K. ($31.6 million) and Russia ($25.5 million).