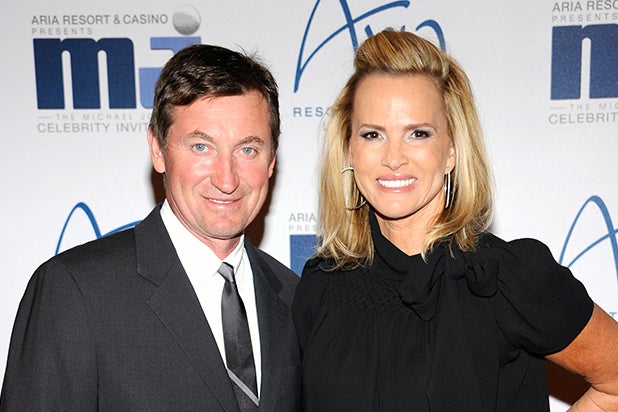 Hockey legend Wayne Gretzky returned to IMG’s roster on Monday. His wife, actress Janet Gretzky (“The Sound and the Fury”), has signed with the sports and media business’s parent company WME.

Gretzky is the National Hockey League’s highest scoring player to ever put on skates. He won multiple championships with the Edmonton Oilers and was famously traded to the Los Angeles Kings in 1988. He retired with 2,857 points in 1999, a league record, and was immediately inducted into the Hockey Hall of Fame.

See photos: Hollywood Gets Hockey Fever as the LA Kings Close in on the Cup

He was named league MVP a record nine times throughout the course of his career and inducted into the Hockey Hall of Fame in 1999.

IMG previously represented him in the late 1980s and much of the 1990s while he was an active player and will again work with him in all areas, sports-related and otherwise. Their partnership will include opportunities in marketing, endorsements, licensing, speaking, broadcasting and new business ventures.

Gretzky’s team of agents will be led by Ira Stahlberger in the U.S. and Sam Galet in Canada.

WME will represent his wife, Janet, in all of her film and television projects.

In addition to playing Caroline Bascomb Compson in James Franco‘s 2014 William Faulkner adaptation “The Sound and the Fury” (she is credited as Janet Jones), the actress has appeared in “Alpha Dog,” “A League of Their Own” and “Police Academy 5: Assignment: Miami Beach.”