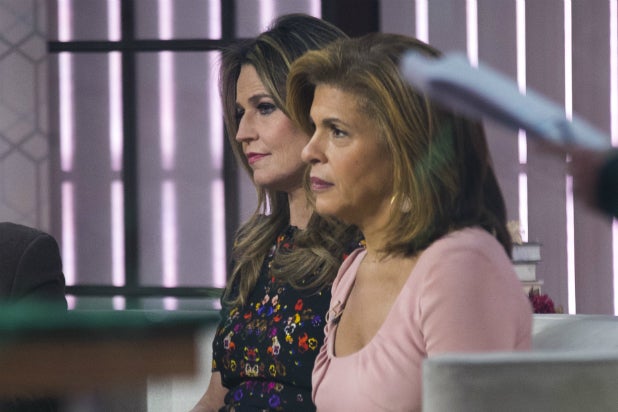 Hoda Kotb has been named Matt Lauer’s permanent “Today” show replacement, and will co-anchor the 7-9 a.m. hours with Savannah Guthrie.

Though the new pair have been working together each day since the late-November Lauer firing, NBC News chairman Andy Lack made this morning its official debut. Watch their start via the video at the bottom of this post.

But don’t lock the white wine fridge just yet: Kotb will continue to co-host the fourth hour of the program with Kathie Lee Gifford at 10. And of course, weatherman Al Roker and Orange Room host Carson Daly are still there to assist Guthrie and her new partner during the pre-Megyn Kelly/Kathie Lee hours.

Kotb joined NBC News in 1998 as a correspondent for “Dateline.” She has been co-hosting the fourth hour of “Today” with Gifford since 2008. Kotb started her broadcast career in local news, anchoring and reporting for stations in New Orleans and Fort Myers.

Guthrie joined NBC News as a correspondent in 2007 and has been the co-anchor of “Today” since 2012. She also serves as the network’s chief legal correspondent.

Filling in for Lauer, Kotb has helped “Today” top each week in total viewers since the former face of the program’s unceremonious ousting. Stayed tuned to TheWrap to find out if key competition “Good Morning America” can reclaim that Nielsen crown before NBC’s Olympics in February boosts its own ratings.