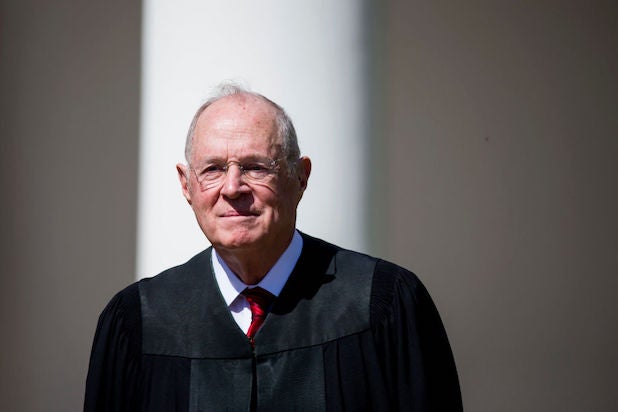 United States Supreme Court Justice Anthony Kennedy announced his retirement Wednesday, opening up a second nominee to the high court for Donald Trump. If and when Trump nominates, and the Senate confirms, another conservative justice to the court, it’ll have far-reaching affects on the country for years to come.

Kennedy often served as the swing vote on the court between conservative and liberal rulings. He was probably most notable for authoring the court’s 2015 opinion in Obergefell v. Hodges, the 5-4 ruling that the fundamental right to marriage is guaranteed to same-sex couples.

But with Kennedy announcing his retirement, many fear Trump’s next conservative appointee will tend to vote in favor of the government and against rights for citizens. Judging from a groundswell of reaction on Twitter, many fear that a conservative court will overturn rulings like Obergefell v. Hodges and Roe v. Wade, which struck down laws criminalizing abortion as unconstitutional.

Trump already appointed one conservative justice to the Supreme Court: Neil Gorsuch. The appointment came after obstruction by Senate Republicans, who refused to confirm Merrick Garland, President Barack Obama’s choice for the seat. Republicans blocked Garland for 293 days, hoping to leave the seat to be filled by a Republican president instead. Senate Majority Leader Mitch McConnell said then that American citizens should have a say in the appointment — and now some on the left are arguing that, with a midterm election in November, the same rules should apply to Kennedy’s replacement.

In Hollywood, the news that Kennedy was retiring brought a number of reactions, many of them lamenting the prospect of the Supreme Court becoming more conservative and the chances that rulings conferring key rights, like abortion, could be overturned. Others called for mobilization of voters to fight Trump’s agenda, and for Democrats to block any Trump nominations until after the midterm elections in November.

Of course, there were a few jokes about how important Hillary Clinton’s emails were to the 2016 election that ultimately put Trump in power.

Also Read: Fallon Claps Back at Trump on 'Tonight Show': 'Shouldn't He Have More Important Things to Do?'

The illegitimate POTUS will now try to ram a SCOTUS nominee through before Nov. So much for that McConnell rule. Calling on two principled Republicans to stand up against tyranny.

I don’t know, she just seems too calculating. And her emails…

ok, dems. this is real. all y’all paying attention? this is how you lose a country. all of our rights are in the balance. urge your leadership to resist when trump attempts to appoint the next swamp thing out of the pez dispenser or kiss it bye bye. https://t.co/YxNaD7SdGz

Also Read: Michelle Wolf: 'Trump Doesn't Want to Be Allies With Anyone Who's Good-Looking'

We had a good run, America. Get ready for a generation of regressive, corporate, nationalist rule. https://t.co/AzPSpqix7e

Democrats need to show some and fight. What's the Constitution say about a President* who's under criminal investigation for conspiracy against the country and tampering with his own election nominating justices? https://t.co/U2qso78vjG

I don't understand. Kennedy cares about LGTB rights. He cares about balance and justice. How can he do this? How can he want that guy to name his replacement?

I can’t believe Anthony Kennedy is retiring. Being on the Supreme Court is not hard. Rebuilding America will be.

First an American killed a Kennedy. Now a Kennedy is killing America.

Out here at the Toontown Dip Factory, the Weasels all look up from their phones to give the good news to a certain hopeful judge… pic.twitter.com/3qlyNU5nrm

With Justice Kennedy retiring and Dumbledore trying to convince RBG to destroy the Sorcerer's Stone, the 2018 midterms are literally a choose your own adventure book for American voters on what kind of country they want to live in for the next quarter to half century.

Terrified for what Kennedy’s retirement means for the future of our nation. Rather than feel hopeless, I’m making yet another donation to @ACLU, @PPact, and @LambdaLegal. Join me.

Surely Kennedy could have waited until after the midterm elections if he wanted to assure that his replacement reflect the will of the people and not the whim of a Russian backed sociopath. https://t.co/4zefxKqHnI