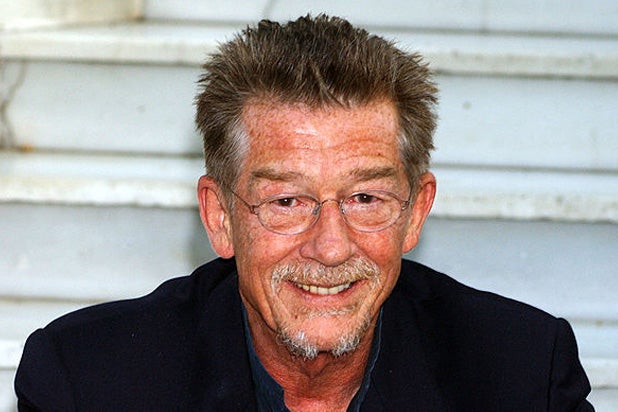 As news of the death of iconic actor John Hurt broke on Friday evening, tributes from peers, friends and admirers alike poured out for the two-time Academy Award nominee.

“It was terribly sad today to learn of John Hurt’s passing. He was a truly magnificent talent,” said comedy legend Mel Brooks, who directed Hurt in a hilarious performance as Jesus Christ in “The History of the World Pt. 1” and was an uncredited executive producer in Hurt’s most notable film, “Elephant Man.”

“John Hurt, kind, non judgmental, fragile, like an alpine flower that trembles in the freezing wind, but tenaciously holds on and survives,” Helen Mirren said in a statement. “He wore his humanity on his sleeve, and this was one of the qualities that made him into the great actor he was. He also had a core of great strength and humour that made him able to face the world and achieve so much. We will miss you, dear colleague.”

Hurt, who was nominated for a Best Supporting Actor Oscar for his turn in 1978’s “Midnight Express” and for Best Actor for 1980’s “The Elephant Man”, disclosed in 2015 that he had been diagnosed with pancreatic cancer.

It was terribly sad today to learn of John Hurt's passing. He was a truly magnificent talent.

JOHN HURT. Simply an inspiration to all of us artists. Hopefully he will influence many actors in the future for a long long time. pic.twitter.com/LDlB07CB58

Oh no. What terrible news. We've lost #JohnHurt as great on the stage, small screen and big. A great man & great friend of Norfolk & #NCFC

John Hurt was one of the most powerful, giving, and effortlessly real actors I've ever worked with. Remarkable human being. U will be missed

Oh no. RIP John Hurt. He made everything he was in better. I was looking forward to seeing many more performances.

John Hurt. What an acting legend. Rest in peace dear Sir. Wand shopping won't be the same without you ⚡️ pic.twitter.com/jRrRCX8PZv

Very sad to hear of John Hurt's passing. It was such an honor to have watched you work, sir.

So so sad to hear the news about #JohnHurt
An absurdly gifted, brilliant actor and a very funny beautiful man
RIP John x

I will forever cherish the memories I have of the incomparable John Hurt. A brilliant actor & a beautiful soul.