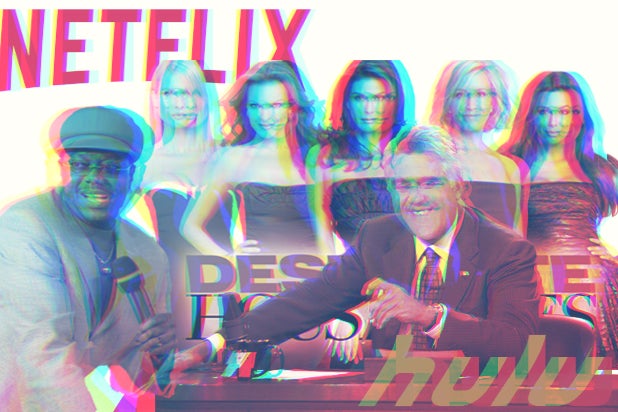 The last time the Writers Guild of America union members walked off the job was November 2007 — in a strike that lasted 100 days and majorly disrupted TV networks and movie studios.

That’s not even a full 10 years ago, but it feels like a lifetime in terms of the evolving TV landscape that will face the repercussions if the WGA fails to forge a new deal with the Alliance of Motion Picture and Television Producers when its current contract expires on May 1. Here are some of the major differences and how they could make a difference for the industry — and viewers at home.

Also Read: What 'SNL' Will Do If Hollywood Writers Go on Strike Next Week

1. Virtually all TV viewership was still live
Not only were shows like “House” and “Desperate Housewives” among the top series on broadcast television, DVRs were still fairly rare and Nielsen had only begun measuring delayed viewing the year before the 2007 walkout.

That’s more of a history lesson than anything else, but there are some real differences these days that should matter to television executives. For starters, the last strike happened in the fall — which means many of TV’s top shows were still in production.

And in many cases, those episodes were never made up and shows produced a shorter season with fewer episodes (just ask any “Friday Night Lights” fan). At least a May deadline this time only immediately impacts the handful of scripted summer series that may not have finished their episodes. That is, unless this drags out long enough to postpone production for next fall’s shows, which tends to start in earnest around August.

Additionally, nowadays, there are archives everywhere — so who needs live TV? When viewers turned off their sets a decade ago, they went to the movies or (God forbid) went outside. There are so many streaming services and so many archived series now, TV fans may see a shutdown as an opportunity to catch up on catalogued shows.

2. Streaming services were in their infancy
Also in 2007, Netflix first-offered its streaming option after years of mailing DVDs in red envelopes to customers. (Remember that?) Reed Hastings’ company had just 7 million overall subscribers back then — it now tops 100 million.

Also that year, Hulu launched as a joint venture of Disney’s ABC, Fox and NBCUniversal. Meanwhile, Amazon Prime Video was still something called Unbox — that service would go through yet another name change before “Prime Video.”

Those particular offerings will become paramount should writers join the picket line next week, when beefy libraries will become extra-valuable entertainment assets. At least broadcast nets keep (some of) their own stuff online now — that’s mostly new too.

While many of these folks have retired from TV — or moved to other late-night shows — they’ve been joined by a slew of newcomers hosting their own writer-intensive shows, including Samantha Bee, John Oliver and Chris Hardwick’s “@ Midnight.”

And there are still three more new episodes planned for NBC’s “Saturday Night Live” which could be scuttled in the event of a strike.

Oh, yeah, and Kenan Thompson was there then, too — you just can’t get rid of that guy.

4. There were fewer shows overall — and longer seasons
While we don’t have stats for 2007-08, we know that in 2009 there were 210 total scripted series, according to FX research. By 2016, that sum had more than doubled to 454. By Tuesday’s potential strike, we should be pushing 500 — so the looming strike isn’t exactly about a lack of gigs out there.

In addition, fewer broadcast TV series gets 22 episode orders anymore, there is far more original summer programming these days, and reality TV has grown and matured — thanks in part to the prior strike.

Today, smaller orders have contributed to the boom in the sheer number of series, and that reality has led to more unscripted orders. After all, it’s so much easier to plug-and-play a game show like “The Wall” than a series with a running storyline — especially when you don’t have a roomful of writers pounding away on their MacBook Air keyboards.

The Writers Guild is instead threatening the Alliance of Motion Picture and Television Producers with a work stoppage over a desire for increased compensations, stronger economic and workplace protections, and paid family leave, among other issues.

Read the complete list of demands here, and make your own list of old series to finally catch up on this summer — just in case.