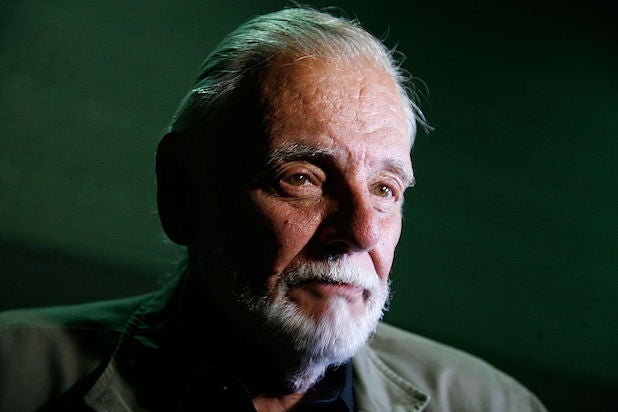 The death of horror film legend George Romero hit Hollywood hard, evoking words of sympathy, praise and gratitude, both from colleagues who worked with him and those who only hoped to one day.

Here is but a very small sampling of those paying tribute.

Sad to hear my favorite collaborator–and good old friend–George Romero has died. George, there will never be another like you.

Romero has passed away. Hard to find words right now. The loss is so enormous.

Also Read: George A. Romero, 'Night of the Living Dead' Director, Dies at 77

Just heard the news about George Romero. Hard to quantify how much he inspired me & what he did for cinema. Condolences to his family. ❤️

Romero used genre to confront racism 50 years ago. He always had diverse casts, with Duane Jones as the heroic star of NOTLD.

You can trace a direct line from NOTLD to Get Out. And…Romero created the modern zombie. The infectious bite. Shoot the head. Everything.

SAD YET SOMEHOW FITTING GEORGE ROMERO'S INFLUENCE ON STORYTELLING NOW GNAWS AT US FROM THE GRAVE – THANK YOU, MR. ROMERO AND REST IN PEACE pic.twitter.com/H9OjBcwz0c

R.I.P. George Romero. A true legend. Started a new genre on his own. Who else can claim that?

Rest In Peace George Romero. A great artist, innovator and creator . He changed everything.

I can't believe George Romero has died. All the zombies owe him everything! He was the master.… https://t.co/e3m1JufEle

It’s hard to name someone who invented an entire genre. George Romero is one.

George Romero was so powerful that pop culture spent 50 years ripping him off nonstop.

Without George Romero, about 1/3 of nerd culture things wouldn't exist. He re-invented zombies and now they seem so obvious. RIP. Damn.

RIP George Romero! Had the pleasure of working with him on Savini's NOLD remake, enjoyed his company at many horror cons. A huge influence!!

A fond farewell to charming, legendary zombie king George Romero. 'Martin' is one of my favourite horrors. An honour to have met him. RIP pic.twitter.com/8ZIwjxFrmx