Jeremy Meeks, a.k.a. “The Hot Mugshot Guy,” is out of his prison cell and getting ready to sell designer clothes.

According to his agent and manager, Jim Jordan, Meeks was released on Tuesday morning from the Mendota Federal Correctional Institution in Northern California. He was greeted by his wife Melissa, their three children and Jordan.

“He’s in great spirits,” Jordan told TheWrap. “He’s delighted to be reunited with his family.”

Also Read: Hollywood Hunts 'Alex From Target': The Perks and Pitfalls of Insta-Fame

Meeks became famous in June of 2014 after he was arrested on gun and gang-related charges. When his mugshot was posted on the Stockton, California, police department’s website, women (and men) swooned, and Meeks became an overnight global obsession.

According to Jordan, a modeling agent at White Cross Management in Los Angeles, his phone has been ringing off the hook with offers from the world’s “top five designers,” as well as TV producers, though he declined to say which ones.

“We were bombarded by every news media outlet and production company out there,” Jordan said, adding that Meeks has been getting ready for his close up, doing 500 sit-ups and 500 push-ups in his cell every day. 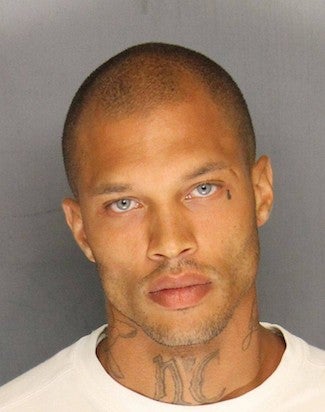 “We have a huge plans for him,” Jordan said. “A lot is about to happen. We don’t want to announce it at the moment, but we have some incredible stuff coming that will blow everyone away.”

Meeks is not allowed to talk to the press as of yet, according to Jordan. He’ll be spending the next month in a transition house. But once he does, Jordan says he expects Meeks to take over the modeling world.

“The world responds to beautiful things. Jeremy is a beautiful thing. His striking looks [are] the first thing we noticed. His appeal got the attention of the world,” Jordan said.

Jordan, whose clients include supermodels Taylor Hill and Nikki Taylor, says Meeks has all the right stuff to become the next Marcus Schenkenberg.

“Jeremy has piercing gray-blue eyes, they’re shaped like almonds and he has a beautiful bone structure. He’s 6-feet-1-inches tall, which is the perfect height for a male model, and he has an incredible body,” Jordan said. “I think Jeremy Meeks is already a supermodel without ever appearing in any magazines.”

He’s also got a story that would make Cinderella weep.

“I believe in giving people second chances,” Jordan said, “which is why I wanted to help this kid. Jeremy is the nicest, gentlest, sweetest, nicest and most humble guy.”

When his mugshot went viral, speculation was rampant about whether or not Meeks, famous for his arresting eyes and tear-drop tattoo, would score a lucrative modeling contract. His mugshot was even photoshopped into several memes resembling ad campaigns for Calvin Klein and Hugo Boss. 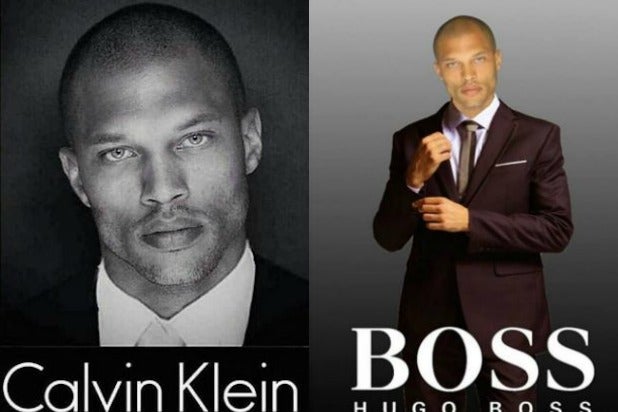 There were some reports at the time that Meeks had scored a $30,000 modeling deal. But Jordan said that’s not true.