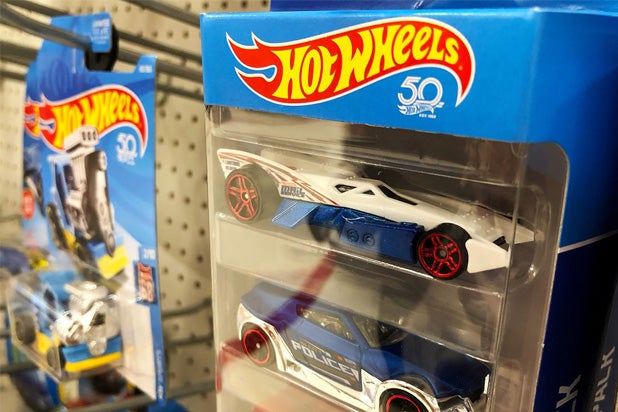 Mattel Films is teaming up with Warner Bros. Pictures once again to bring Hot Wheels to the big screen in a live-action film, the toy company announced Wednesday.

The iconic and timeless toy racing cars will speed into theaters in the second partnership between Mattel Films and the studio following the recent announcement of “Barbie,” starring and co-produced by Margot Robbie.

“We are excited to bring the thrill of a Hot Wheels live-action feature film to the big screen in partnership with Warner Bros. Pictures,” Ynon Kreiz, Mattel’s chairman and CEO, said in a statement. “Mattel Films has great momentum as it continues to execute on our commitment to bring global audiences new ways to experience the brands they love as we transform Mattel into an IP-driven, high-performing toy company.”

Also Read: 'Iron Man' Scribes in Talks to Rewrite 'Masters of the Universe' For Mattel Films

In September, the toy company announced the launch of the new Mattel Films division led by Oscar-nominated producer Robbie Brenner (“Dallas Buyers Club”), who serves as the company’s executive producer while reporting to Kreiz.

Brenner has held leadership positions at a number of production companies and has overseen the production of dozens of films, including Academy Award-winning “The Fighter,” the Snow White adaptation “Mirror Mirror,” as well as the adaptations of Nicholas Sparks’ novels “Dear John” and “Safe Haven.”

Also currently in the works at Mattel are films based on the “Masters of the Universe” and “American Girl” toy collections.

Hot Wheels debuted in 1968 and has sold more than 6 billion individual cars during its storied, 50-year history. With more than 500 million Hot Wheels being sold annually, Hot Wheels is the No. 1 selling toy in the world.