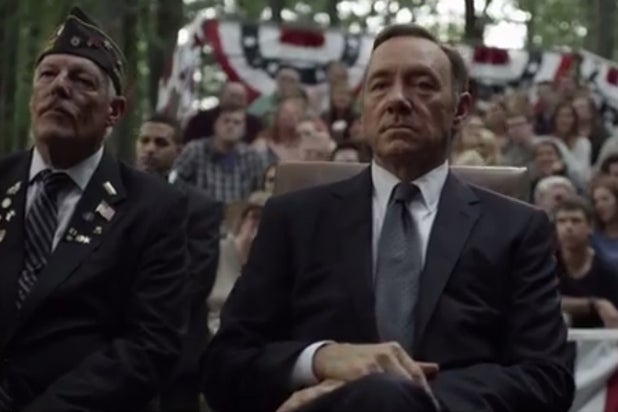 Kevin Spacey has no patience for useless things or people in the trailer for “House of Cards” Season 2.

The Netflix political thriller offers up a two-minute teaser featuring highlights from Season 1 and first-look footage from Season 2 — where it doesn’t appear that Francis Underwood (Spacey) is going to be any less devious this time around.

“For those of us climbing to the top of the food chain, there can be no mercy,” Underwood opines in the clip, after describing the different types of pain in this world.

Season 2 will be released in its entirety through Netflix on Feb. 14, when Underwood promises, “the butchery begins.” Happy Valentine’s Day!