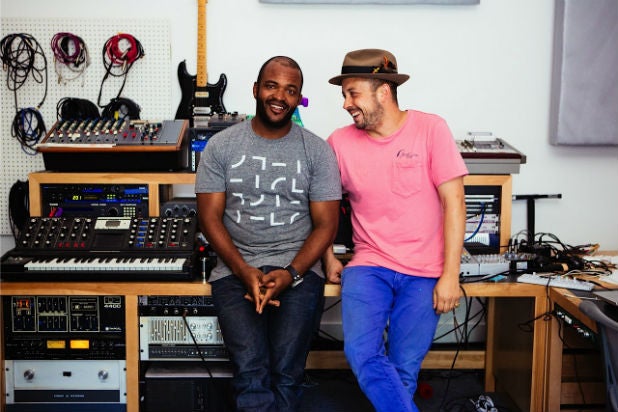 NBC’s Red Bull Signature Series host Sal Masekela will be playing a different tune on Sunday when his band’s new song plays during the premiere of Showtime’s “House of Lies.”

Masekela and his musical partner, Sunny Levine — who make up the band Alekesam — released their single “All Is Forgiven” on iTunes on Friday, and it will feature on the comedy-drama on Jan. 11 at 10 p.m.

See photos: Not Quite America’s Pastime: 10 Obscure Sports That Made it To the Big Screen (Photos)

Masekela launched his career by becoming the face and voice of action sports as a host of the X Games and Winter X Games on ESPN for 13 years, along with a stint as a co-host of E!’s “The Daily 10,” before joining NBC Sports and Red Bull Media House in 2012. In January, he took his snowboarding expertise to the slopes of Sochi, Russia, as correspondent for NBC at the 2014 Winter Olympics.

His latest collaboration with Levine is from their forthcoming second album, which is the follow up to 2012’s “The Sound Of Alekesam.”

The pair are no strangers to the music industry, as both their fathers — Hugh Masekela and Stewart Levine — were performers before them. Hugh Masekela is a South African jazz musician, meanwhile Sal’s half-brother is “Survivor Cook Islands” contestant Nathan Gonzalez.

Hugh and music producer Stewart met at the Manhattan School Of Music in the early 1960s and went on to record more than 20 albums together over a 50-year span. The union turned into a brotherhood, so their sons were naturally thrown together, culminating in their latest studio collaboration, which blends the sounds of early ’90-s British trip-hop and stateside hip-hop.

“House of Lies” returns to Showtime for its fourth season on Jan. 11 at 10 p.m., with Don Cheadle resuming his three-time Emmy-nominated and Golden Globe-winning role as Marty Kaan, the immoral and deceitful proprietor of consultancy firm Kaan & Associates. Kristen Bell, Ben Schwartz, Josh Lawson and Dawn Oliveri all co-star in the hit comedy-drama.

Season 3 left a despondent Marty alone in the desert after a cataclysmic double-cross by Jeannie (Bell) and a visit by the Feds. Now, after a brief stint in a white-collar prison leaving pregnant Jeannie to pick up the pieces, Marty is back with a singular focus: winning, at any and all cost.

Watch the video for “All Is Forgiven” here.