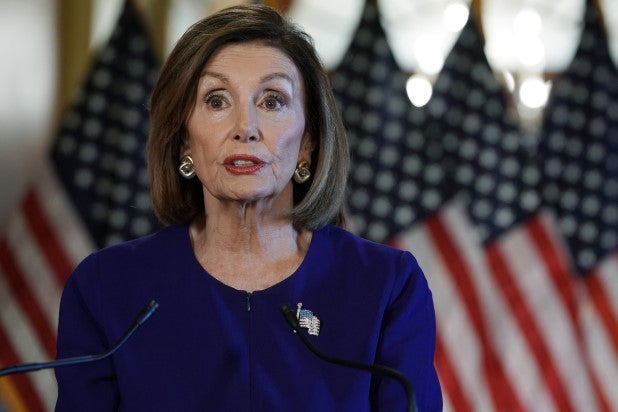 House Speaker Nancy Pelosi announced on Tuesday that the House of Representatives will begin a formal impeachment inquiry into President Donald Trump.

“The actions taken to date by the president have seriously violated the constitution,” Pelosi said. “The president must be held accountable. No one is above the law.” She also said that the actions of the Trump presidency had betrayed his oath of office, the country’s national security, and the “integrity” of America’s elections.

The decision comes in light of a whistleblower complaint that the president sought to use foreign power from Ukraine during a phone call for his own political gain. During the call with Ukraine’s president, Trump reportedly pressured Volodymyr Zelensky to investigate the son of former vice president and Democratic presidential candidate Joe Biden; on Sunday, Trump admitted that he had brought up Biden’s family during the call but told reporters that he did so because “we don’t want our people like Vice President Biden and his son creating to the corruption already in the Ukraine.” The president also confirmed on Tuesday that his administration withheld nearly $400 million in aid to Ukraine but denied that it was done for leverage.

“There was no quid pro quo,” Trump told reporters on Tuesday at the U.N. “There was no pressure applied, nothing.”

Following discussions with top Democrats, Pelosi said that the House committees will continue their investigations into Trump. Putting together their best cases of impeachable offenses, the committees’ various findings could potentially provide enough evidence for the House to charge Trump with high crimes. But as The Atlantic explained in its March cover story, “Impeachment is a process, not an outcome, a rule-bound procedure for investigating a president, considering evidence, formulating charges, and deciding whether to continue on to trial.” This means that the impeachment inquiry announced on Tuesday does not guarantee that the House will charge Trump with high crimes or that the Republican-controlled Senate will ultimately vote to remove Trump from office.

The last sitting president to be impeached by the House of Representatives was Bill Clinton in 1998. He was ultimately acquitted by the Senate in 1999 following his trial.

Tune in as I speak live from the U.S. Capitol. https://t.co/j6UMq4TC5u