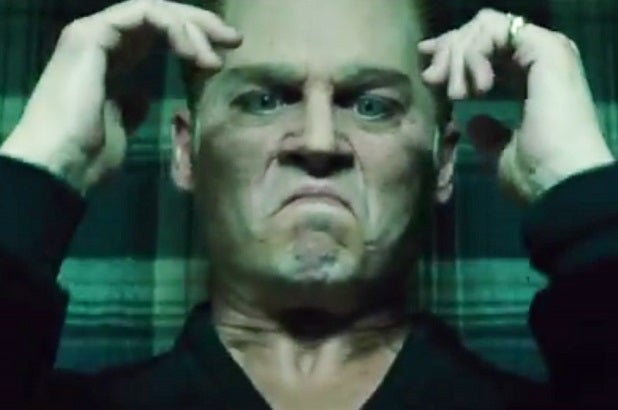 After four years of box-office disappointments, Johnny Depp finally scored with the crime drama “Black Mass.” The R-rated film took in a strong $23 million at the box office this weekend, for second place behind “Maze Runner: The Scorch Trials.”

So what was it about “Black Mass” that made the difference for Depp? Some observers say playing a real-life character helped, while others suggest the film’s success is due in part to the fact that the actor was barely recognizable as aging mobster James “Whitey” Bulger.

“Black Mass” ended a run of five straight box-office bombs for Depp, and continued a trend  that has seen the star’s films do best when he dons heavy makeup such as for “Edward Scissorhands,” “Alice in Wonderland” and the “Pirates of the Caribbean” movies.

Also Read: 41 A-List Actors Who Bombed as Hard as Johnny Depp in 'Mortdecai'

The bald wig he wore in “Black Mass” may have helped, but it was Depp’s critically acclaimed portrayal of the Irish-American crook that drove the film’s solid showing at the box office, according to Rentrak senior media analyst Paul Dergarabedian.

“It’s easy to forget that Depp, who has played some of the most eccentric and eclectic on-screen characters, has a history of playing real-life characters like ‘Boston George’ Jung (“Blow”), Donnie Brasco and now Whitey Bulger. Depp played Jung, the man who established the American cocaine market in the 1970s, in the 2001 film “Blow.”

His latest role may also signal that the 52-year-old star’s film choices may be evolving toward the smarter, more thoughtful movies typically taken on by maturing actors, rather than the fare he has opted for recently. But he has a sequel to “Alice in Wonderland” coming from Disney next year, another “Pirates” movie set for 2017.

Movies like January’s “Mortdecai,” 2014’s “Transcendence,” 2013’s “The Lone Ranger,” 2012’s “Dark Shadows” and 2011’s “The Rum Diaries” were in theory more commercial, but they didn’t pan out. The Disney musical “Into the Woods” was a holiday hit last year, but Depp only had a supporting role as The Big Bad Wolf.

“Audiences have been waiting for Depp to play a real-life character and to leave the fantastical world, if but for a moment, to show us the great actor that we have grown up watching and admiring for at least a couple of decades,” said Dergarabedian. “This is a true return to form and could land him an Oscar nomination for his performance.”

The critics dig “Black Mass.” It has a 76 percent positive on Rotten Tomatoes, and has been well-received at festivals in Venice, Telluride and Toronto. It received an especially big boost from Boston, the real-life home of mobster Bulger, which delivered 10 percent of the film’s box-office total. That’s far higher than the under-three percent the city typically delivers on films.

Depp isn’t the only one maturing. The audience for “Black Mass” was nearly 90 percent over the age of 25. They went home happy, awarding it a “B” CinemaScore. That bodes well for the drama, which should hold over well in the next few weeks like similarly older-skewing R-rated films including “Argo” and “The Town” did for Warner Bros.

“He swings for the fences with his roles, and when he misses, he misses,” said Jeff Goldstein, Warner Bros.’ executive v.p. and distribution sales manager. “But when he connects — as he did with this one — he hits it out of the park.”