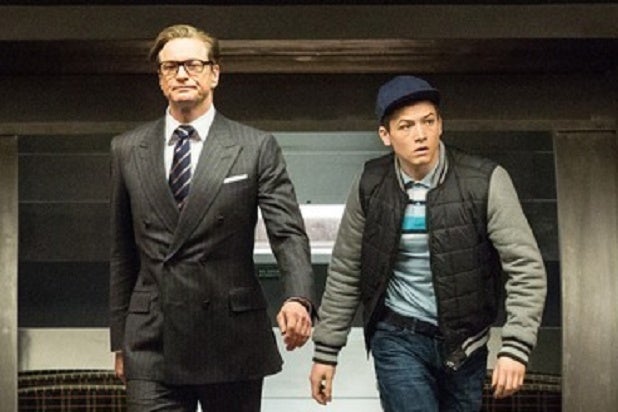 In South Korea the movie “Kingsman: The Secret Service” is a cultural phenomenon and record-breaking $40 million box office smash, out-grossing the super spies — like James Bond and Jason Bourne — that it spoofs.

Just as mind-boggling are the unlikely factors powering its breakout, seized upon by clever and opportunistic Fox marketers who have pulled off a media coup.

To become Fox’s biggest hit in Korea since “Avatar,” the movie capitalized on a spate of recent high-profile beat-downs of poor Koreans, the bizarre mid-air meltdown of a Korean Air executive’s daughter and the country’s fascination with British dandies — perfectly personified in “Kingsman” by Colin Firth as the suave and stylish agent Harry Hart.

“We decided to take advantage of this and made three viral videos similar to real-life incidents to promote the film,” said Tom Oh, one of Fox’s top men in Korea. “Everything came together to create a massive hit.”

“Kingsman,” an action adventure adapted from the Mark Millar-Dave Gibbons comic book “The Secret Service,” has been a hit just about everywhere for Fox.

It has grossed $114 million domestically since it opened with a surprising $41.7 million against “Fifty Shades of Grey” over the Presidents Day weekend. It also has brought in $180 million at the foreign box office, and it will add to that figure when it opens in China this weekend. But for “Kingsman,” there’s been nothing like South Korea, which ranks as its No. 1 market abroad.

“The national mood at the time of release was one of strong dissatisfaction for politicians and the super-rich, like the second- and third-generation children of chebol (business families),” said Oh. “The most hated was the vice-chairwoman of Korean Air, whose abusive tantrum towards the flight attendants and forcing the plane to return to the gate put her behind bars.”

Cho Hyun-ah made worldwide headlines in December when she forced a jetliner to turn around so she could kick off a crew member who served her nuts in a plastic bag instead of on a plate. She was forced to resign and sentenced to a year in prison for her “nut rage.”

“There were many cases of the rich abusing the weak and poor,” said Oh, who noted that several were recorded and appeared repeatedly on TVs and cell phones nationwide. “We decided to take advantage of this and made three videos similar to the real-life incidents to promote the film.”

The screenplay for “Kingsman,” written by Vaughn and Jane Goldman, revolves around an unemployed young man living with his half-sister and abusive stepfather. The aimless Eggsy (Taron Egerton) is rescued and mentored by Firth’s Hart and ultimately rises above his circumstances — and baddies (Samuel L. Jackson) — to become a member of the elite espionage team headed by Chester King (Michael Caine).

The British director, cast and setting of “Kingsman” struck a chord with Korea’s many Anglophiles, but not as much as the suddenly timely story that featured a downtrodden young fellow rising up against all odds.

The videos went viral, and were subsequently parodied and featured on the Korean equivalent of “Saturday Night Live.” All that helped many Koreans relieve the national anxiety caused by the real-life incident, Oh said.

“While class struggles are prevalent in all countries, the national dissatisfaction combined with a hip, stylish and fun film about an underdog succeeding made for a perfect film for the audiences to release stress,” he said.

Initially released as raw footage, the videos led some in the Korean media to presume they were authentic. Fox then alerted the news agencies that they were fake and released cinematic versions with top notch production values, Oh said. That created yet more media buzz, as did another comic video that the promo team created featuring a British chap explaining in Korean how to speak like an English gentleman.

The tagline of the videos was “Here comes a new era of spy movie. Are you ready to have some fun?”

South Koreans plainly were. “Kingsman” opened just before the Lunar New Year holiday on Feb. 11 to $4.1 million, dominating with more than 86 percent of the market. Its performance since has been all the more impressive given that it’s an original title rather than a sequel and has enough violence, raunchy language and sex to have earned an “R” rating in the U.S. It’s now the top-grossing non-Korean “18 ” movie ever.

News coverage of Korea’s fascination with “Kingsman” has spread throughout Asia, providing reason for optimism over its upcoming China debut among Fox executives, who opened “Taken 3” to $18 million this past weekend.

“I’d like to think that ‘Kingsman’ can do even better,” said Craig Dehmal, executive vice president of international distribution for Fox.

He won’t find much argument in South Korea. Here’s one of the “Kingsman” promo videos: