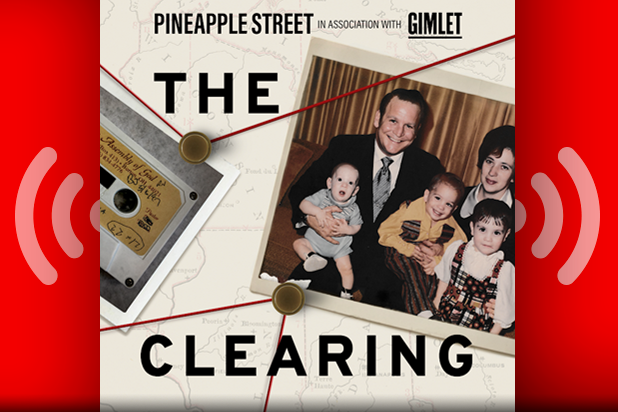 Investigators and soon-to-be convicted serial killer Edward Wayne Edwards have a verbal standoff about the 1980 murder of two teens in TheWrap’s exclusive clip of Gimlet’s new podcast “The Clearing.”

The new true-crime podcast will debut tomorrow, July 18, and was made in partnership with Pineapple Street Media, who is behind podcasts like “Missing Richard Simmons” and “Surviving Y2k.”  “The Clearing” is hosted by journalist Josh Dean and follows April Balascio, the daughter of Edwards who in 2009 began to suspect that her father was hiding something — that something being the 1980 double murder of teenagers Tim Hack and Kelly Drew.

Also Read: Logan Paul Looks Back on Most Implausible Moments of 'Impaulsive' Podcast on Eve of 100th Episode (Exclusive Video)

According to Gimlet’s description, Dean and Balascio “work together to dig back into her childhood, unravel the truth of her father’s life and overturn a viral online narrative that had turned Edward Wayne Edwards into a kind of serial killer caricature.”

In April 1980, in what was then labelled the “Sweetheart Murders,” Hack and Drew vanished from a wedding reception and were found two months later dead in the Wisconsin countryside only a few miles from the reception hall. In 2010, Edwards, then 77, was sentenced to two life sentences for the murders.

But this wasn’t Edwards only secret, as an avalanche of confessions followed. In 2010, Edwards was also sentenced to life in prison after he pleaded guilty to killing two in Sterling, Ohio, in 1977. A year later, Edwards pleaded guilty in to killing his 25-year-old foster son. Edwards died on April 7, 2011.

If you’re looking for more on Edwards before the premiere, the Paramount Network released a docu-series about him in 2018 called “It Was Him: The Many Murders of Ed Edwards.”

Listen to an exclusive clip from the upcoming “The Clearing” below.