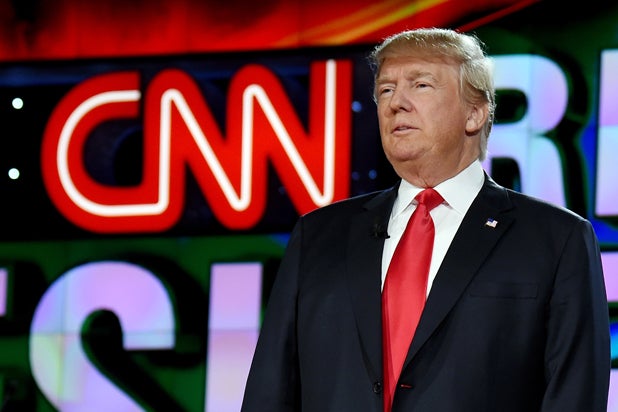 Good news, you don’t need a cable subscription, a TV or even a computer to watch CNN’s coverage of Donald Trump’s inauguration.

CNN’s coverage of Inauguration Day will be streamed live on its homepage, right here starting at 6 a.m. Eastern time bright and early on Friday and will continue throughout the inaugural events all the way up until around midnight. The livestream will also be available across all Android and iOS mobile devices that have the cable network’s app downloaded. A TV subscription is not required to access the stream, and it can also be viewed on streaming apps like Roku and other streaming boxes.

CNN will of course also broadcast its inauguration coverage on its actual cable television channel beginning at 5 a.m. Eastern time on Friday and will also cover the entirety of the inaugural events from the official swearing in ceremony to the inaugural balls on Friday night.

CNN will also be covering any possible protests that arise, executive actions and pretty much everything else that it regularly tackles as a 24-hour news network.

Donald Trump will officially become the United States’ 45th President at noon on Friday and will be sworn in around that time.

Following the inaugural ceremony, the President and Vice President — Mike Pence — are expected to lead a parade back to the White House as is tradition.

At last count, 62 Democratic politicians were boycotting the inauguration in protest of Trump’s behavior. The exodus began in earnest because of remarks Trump leveled on Twitter at Civil Rights leader and Georgia Congressman John Lewis, after Lewis said on Meet the Press he would boycott the inauguration, and didn’t consider Trump’s presidency to be a legitimate.