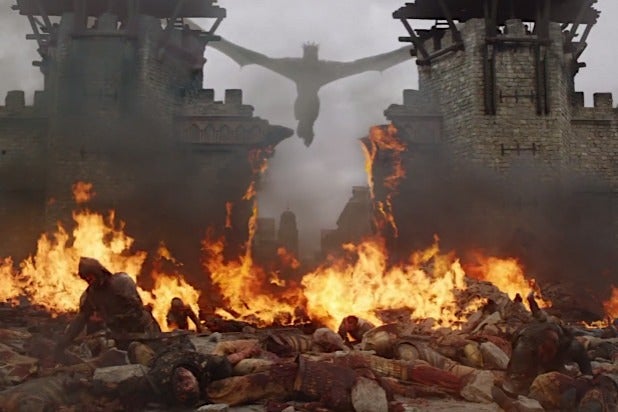 Can’t get past the idea of a “Game of Thrones”-free Sunday? You’re in luck. The series finale has come and gone, but there’s still one more bit of new “GoT”-related content airing tonight — “Game of Thrones: The Last Watch.”

Made by British filmmaker Jeanie Finlay, who was there on set for the filming of the final season, the doc is described by HBO as delving “deep into the mud and blood to reveal the tears and triumphs involved in the challenge of bringing the fantasy world of Westeros to life in the very real studios, fields and car-parks of Northern Ireland.”

This two-hour, behind-the-scenes documentary about the final season airs from 9 to 11 p.m. Sunday on HBO Go and HBO NOW.

Also Read: 'Game of Thrones' Final Thoughts and Oh No, Hold Up, Wait: Is Bran a Mass Murderer? (Podcast)