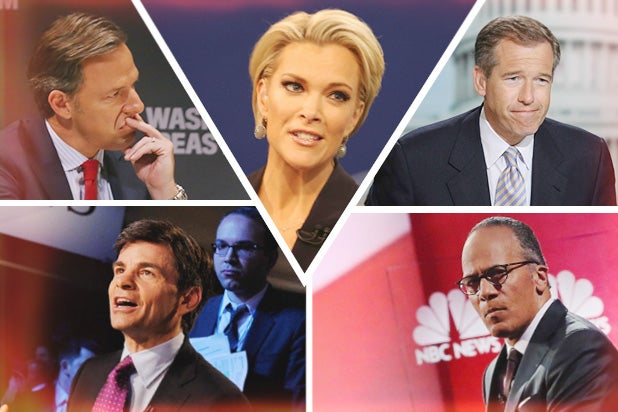 It’s hard to keep up with political coverage these days, with countless debates, dueling town halls and various interviews across a wide-ranging spectrum of networks.

The Nevada Democratic caucuses and the South Carolina Republican primary both occur tomorrow. So, where should you tune in? TheWrap has you covered.

Also Read: Donald Trump Complains 'Roger Ailes Will Not Lift His Finger to Help Me'

“Special Cost of Freedom,” “Happening Now,” “Outnumbered,” “America’s Newsroom,” “The Five” and “Special Report” will all be live leading into “America’s Election Headquarters” at 4 p.m. PT/ 7 p.m. ET. Bret Baier and Megyn Kelly will co-anchor coverage as results roll in, followed by a new episode of “Hannity” for analysis.

Fox Business will have live coverage beginning at 3 PT/ 6 ET with “Lou Dobbs Tonight,” followed by a special edition of “Cavuto: Coast to Coast” anchored by Neil Cavuto.

MSNBC’s “Place for Politics 2016” team kicks off at at 11 a.m. PT/ 2 p.m. ET with Chris Matthews live from Nevada and Rachel Maddow and Brian Williams live from South Carolina.

Steve Kornacki will join the coverage with analysis, while Chris Jansing, Chris Hayes and Jacob Soboroff report from the ground from Nevada. Kristen Welker will be with Hillary Clinton’s campaign and Kasie Hunt will be with the Bernie Sanders campaign in Nevada.

In South Carolina, MSNBC will have Thomas Roberts anchoring early coverage, and “Morning Joe” will be live from Charleston. Tamron Hall will report on the ground from a polling site in Columbia. Reporting live from campaign headquarters will be Gabe Gutierrez from Marco Rubio’s campaign, Hallie Jackson from Ted Cruz’s campaign, Kelly O’Donnell from Jeb Bush’s campaign, and Katy Tur from Donald Trump’s campaign.

ABC News will produce special reports on results throughout the day, with George Stephanopoulos anchoring coverage from New York.

There will also be live anchored coverage by Digital Host Amna Nawaz and Contributor LZ Grandson on ABCNews.com and across ABC News’ mobile, social and OTT platforms.

Jim Axelrod will anchor the CBS “Evening News” with updates for all time zones, as well as a one-minute Campaign 2016 update at approximately 5 p.m. PT /8 p.m. ET.