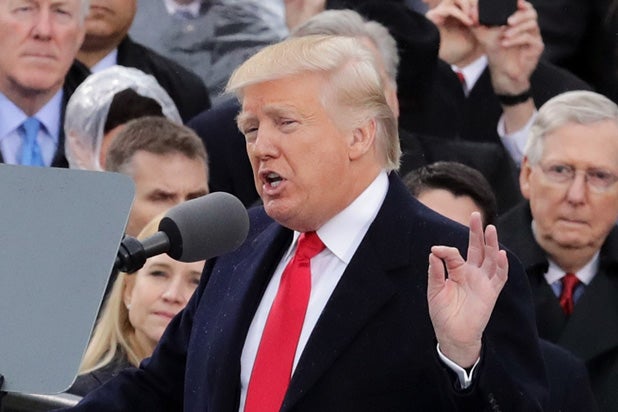 President Donald Trump had a “designated survivor” during his inauguration, and he totally gave everyone the slip.

A few hours after Trump was sworn in, the truth came out. Utah Sen. Orrin Hatch took the role of designated survivor for the inauguration. If the worst had happened, he might have become the 46th President of the United States.

Members of the House of Representatives, Senate and Judiciary often attend events like the Presidential Inauguration or State of the Union Address. And lots of government officials in one location brings with it the awful possibility of a disaster or attack that could wipe out the line of succession to the president.

Just in case, there’s a long-standing convention during such events to leave someone out: the “designated survivor.” It’s someone who waits in a undisclosed location during the event, and steps into the role of President if nobody else is able. That’s the plot of the excellent ABC show, “Designated Survivor,” in which Kiefer Sutherland unexpectedly takes on the presidency after a terrorist attack.

A key part of the role of designated survivor is secrecy. Officials sometimes announce the identity of the survivor, but no one can know their location until after the event they’re sitting out has passed. Hatch went one better, letting everyone think he’d be present for the ceremony to throw them off the trail. The Deseret News reported he’d have a prominent part in the ceremony. But, of course, he never showed.

It was only after the ceremony was complete that Hatch explained his absence. “As much as I would have liked to participate in the ceremony and festivities, I am honored to perform this important constitutional duty, which ensures the continuity of government,” Hatch said in written statement.

As President pro tempore of the Senate, Hatch is already third in line to the presidency if President Trump becomes unable to fulfill his duties. He follows Vice President Mike Pence and Speaker of the House Paul Ryan. That’s a far cry from Sutherland’s character, Housing and Urban Development Secretary Tom Kirkman, who was 13th in line when he assumed the presidency on “Designated Survivor.”