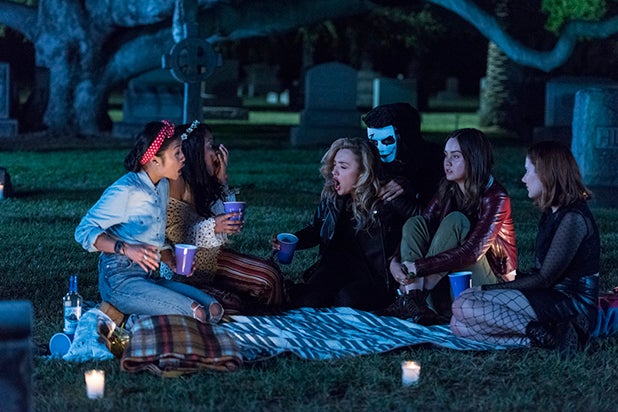 With 500 million-plus stories on its platform, Wattpad is using its data to launch video projects in Germany, Korea, India, and the U.S.

With studios like Disney and WarnerMedia hoarding content in preparation to launch streaming services, original content has become a priority among streamer’s attempting to build their subscriber base.

Hoping to capitalize on this trend is Wattpad, a text-based storytelling platform with more than 500 million user-generated stories and over 70 million users around the globe. The first fruits of Wattpad’s push into filmed content can already be seen: “Light as a Feather,” a supernatural thriller based on Zoe Aarsen’s episodic Wattpad stories that has gotten 3.3 million reads, debuted as a 10-part Hulu series last October — and last month got greenlit for a second season.

Sony Pictures Television last year announced plans to develop a series based on Katarina E. Tonks’ “Death is My BFF,” a story about a sarcastic Angel of Death who meets his match that garnered 92 million reads on Wattpad.

The Toronto-based company has also partnered with Universal Cable Productions (a division of NBCUniversal), eOne, Syfy and the CW Seed to create additional projects. And after raising $117.1 million from investors including Tencent, BDC, Globe Telecom’s Kickstart Ventures, Peterson Group, Canso and Raine, the text-based app hopes to expand its initial success with filmed entertainment projects into territories like Korea, Germany, Indonesia and India, where it has a growing readership.

Wattpad offers more than just tens of thousands of user-generated stories to be adapted for film, TV and other entertainment projects — and a built-in fan base for its most popular content. By analyzing the trends emerging within its platform, the company believes it can offer entertainment partners data-backed content that will successfully connect with audiences worldwide.

“Right now the industry uses test audiences to understand how viewers will react to finished products,” head of Wattpad Studios Aron Levitz said. “We want to turn that process upside down, starting with audience insights first, and then making decisions based on what people are already excited about.”

The most popular stories on the platform, who are already compensated through in-story ads and donations from readers, receive additional compensation if a story is picked up by a studio or streamer (the amount varies).

Wattpad’s promise for international markets is data-backed content that can target specific demographics. Using machine-learning artificial intelligence, the company said it can identify plot line and subject trends taking place throughout content posted to its site. It can then narrow down the trends to specific regions and languages. These trends could include highlighting underlying themes, pointing out genres that drive the most interaction and identifying the most-read subjects on the platform.

“In a country like Indonesia, we found that the most popular romance stories tend to fall into a sort of Muslim romance, arranged-marriage kind of trope,” said Dexter Ong, who oversees Wattpad Asia Studios, which last August partnered with the Asian streaming company iflix to produce 26 films based on stories and trends on the platform.

Ong’s data is derived from the more than 9 million Indonesian readers engaging with stories by “liking” or commenting, down to a specific paragraph.

“It’s a bit tough in this part of the world to fill the demand for original content,” Ong said, noting that many Asian countries have small entertainment business and less creative talent compared to Hollywood. “So when you’re able to bring a solution where we have a tremendous volume of locally relevant authentic stories that are written in a local language and we have the data to back,” he added, it’s a big plus for a company like iflix.

Iflix, which is to announce the first slate of titles to come out of its Wattpad deal in the coming weeks, sees the advantages. “We now have the opportunity to work with thousands of talented Indonesian writers to bring their stories to life for millions of iflix users in Indonesia,” iflix chief content officer Sean Carey said.

Wattpad also sees opportunities in India, announcing a partnership on Wednesday with Times Bridge, the global investment arm of the Times Group in India, to develop locally-produced Wattpad stories for adaptation into books, TV shows, films, and digital projects.

The platform currently has 2.6 million users and stories in multiple Indian languages including Hindi, Malayalam, Tamil, Urdu, Bengali, Gujarati, Punjabi, Assamese, Marathi and Oriya. Given the diverse number of languages spoken in India, a promise of content that can target a specific group is something that is welcomed by those breaking into the country.

“Millions of Indian readers and writers have already found a home Wattpad,” Devashish Sharma, Wattpad’s head of India operations, said. “Times Bridge and The Times Group have an unmatched media and entertainment portfolio, and connections with some of India’s most respected authors and cultural figures. We’re excited to work together to create new opportunities for Indian storytellers.”

Also Read: How YouTube Has Outpaced Netflix and Amazon in India

Additionally, Wattpad recently laid roots in Korea, where it partnered with a talent agency and production company Huayi Brothers Korea to produce content based on Wattpad IP. The partnership is open to any Wattpad stories available on the platform internationally. The Huayi Brothers Korea partnership follows a similar deal Wattpad signed in June with the German-based company Bavaria Fiction, which will also adapt content based on Wattpad stories.

“All across the industry, projects fail. Shows are canceled and films bomb. Why? Because executives make decisions based on what they think will work. People rely on their experience to rationalize intuitive decision-making,” Levitz said. “We’re coming to the end of that era.”