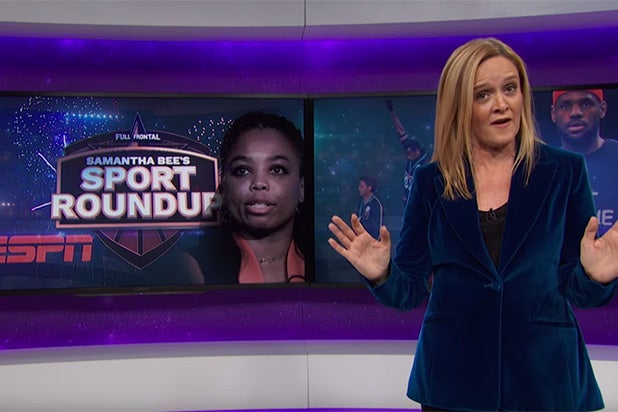 “Full Frontal With Samantha Bee” showrunner and head writer Jo Miller is no longer with the weekly late-night program, TheWrap has learned.

TBS did not provide an official for the exit, though one individual familiar with the situation told TheWrap that Miller was fired.

According to the individual, tension had been building between Miller and Bee for some time, creating a “toxic environment” behind the scenes.

In a statement to TheWrap, the Turner cable channel called Miller “an incredibly talented writer who has played an invaluable role in the creation and success of the ‘Full Frontal with Samantha Bee’ franchise over the past two years.”

“We are grateful for her contributions and wish her continued success,” the comedy network continued.

The Bee-hosted show has earned critical claim since launching last year, even winning an Emmy this year for Outstanding Writing for a Variety Special. The show was also nominated for Outstanding Variety Talk Series.

“Full Frontal” has hit Donald Trump especially hard since he first became a player in the political ecosystem.

Miller and Bee left “The Daily Show” together in 2015. Bee had been there since 2003, Miller joined six years later.