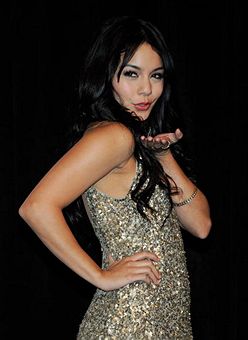 Hudgens is staking a claim for herself in multiple areas of the entertainment industry. She’s a successful pop singer who recently appeared in "Bandslam," and she’ll soon star alongside Harris, Alex Pettyfer and Mary-Kate Olsen in "Beastly," a high school-set take on Disney’s "Beauty and the Beast."

Harris must have liked what he saw on set to cast Hudgens as the leading lady in his musical directorial debut.

The "How I Met Your Mother" star is well-versed in the particulars of the show, having played Mark Cohen in the 1997 L.A. production and national tour of the play.

The show, based on Puccini’s "La Boheme," will run Aug. 6-8 at the Bowl, which continues to expand the audience base for its series of annual Broadway revivals after Jessica Biel took the stage last summer in Frank Loesser’s "Guys and Dolls."

I’m becoming increasingly intrigued by Hudgens, who is poised to surprise fans with her turn as Blondie in Zack Snyder’s upcoming "Sucker Punch," which is set in a 1950s brothel and has been described as "’Alice in Wonderland’ with machine guns." Wake me when that one hits theaters.