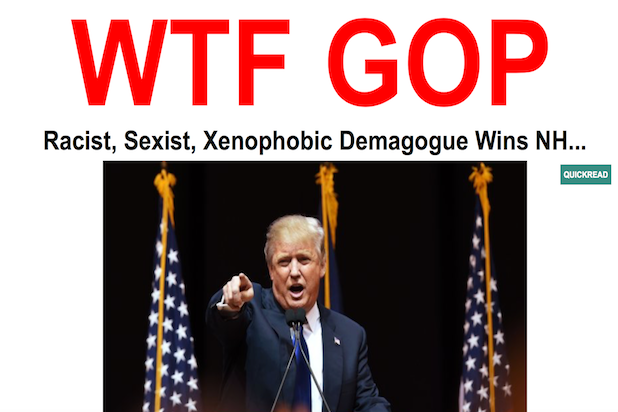 Visitors who clicked on that headline were greeted with another: “A Racist, Sexist Demagogue Just Won The New Hampshire Primary.” The subhead said, “Donald Trump seriously did it.”

The website has refused to consider Trump a real politician, and often covers him in its entertainment section. Stories about him also include a disclaimer calling him a “racist bully.”

Back in July, when the HuffPost decided not to cover him as a legitimate candidate, Trump responded by calling the site a “glorified blog.” He said he has “never been a fan of Arianna Huffington or the money-losing Huffington Post.”