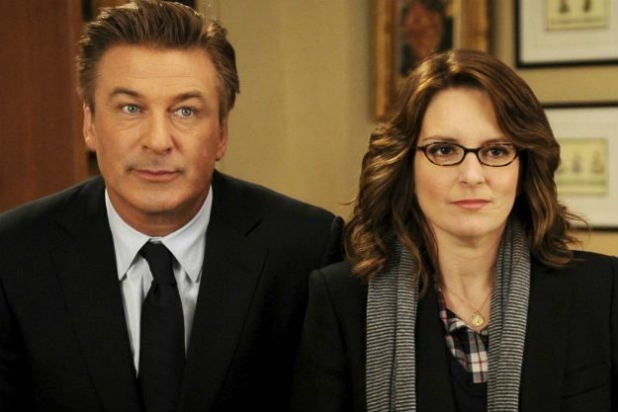 Hulu has saved the day — “30 Rock” is heading to the subscription platform after news broke that Netflix would be dropping the popular show.

Netflix has been the long-time home of “30 Rock,” but the show’s licensing contract with the streaming platform has expired. When Netflix first announced that it would be dropping the popular sitcom starring Tina Fey and Alec Baldwin, many thought: “Good God Lemon, how am I going to watch this show for hours at an end?”

Answer: Hulu has announced that all seven seasons of “30 Rock” will be available exclusively on the subscription streaming service on Oct. 1, the same day it is leaving Netflix, thanks to a new agreement between Hulu and NBCUniversal Television and New Media Distribution. Of course, NBC Universal has a 30% stake in Hulu, making the “30 Rock” deal something of an inevitability, but even so it’s good that there’s an online home for Dr. Spaceman.

“30 Rock” follows Liz Lemon (Fey) as she is the head writer of “TGS with Tracy Jordan.” She needs to deal with her crazy best friend and the show’s star, Jenna Maroney (Jane Krakowski) as well as her arrogant boss, Jack Donaghy (Baldwin). Fey also created the show.

Last week, NBC made the entire “Will & Grace” catalog available on the NBC app, Hulu and On Demand through cable providers. This is the first time the groundbreaking sitcom has had a streaming deal. Hulu will also stream the season 9 premiere on Sept. 29.

“Prison Break,” which is also leaving Netflix, will be streaming on Hulu starting Oct. 1. NBCUniversal’s “Parenthood,” which has also been streaming on Netflix, is heading to Hulu as part of their new streaming deal as well. And Paul Reiser’s new period comedy “There’s Johnny” will premiere on Hulu. Other shows included in the agreement include “Face Off” and the U.K. series, “Made in Chelsea.”

Whether you are new to “30 Rock” or just want to refresh your memory on the show’s best moments, click through our gallery of must-see episodes below.