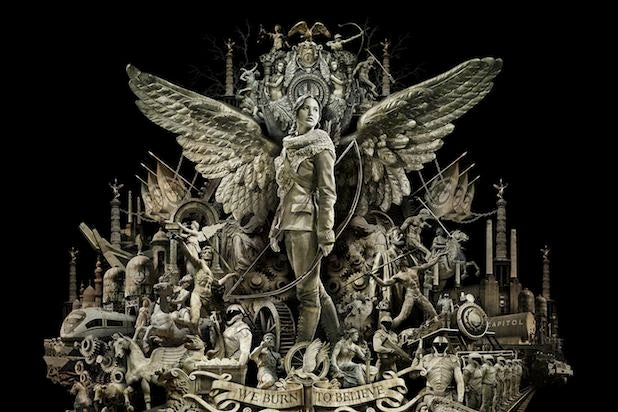 The promo, which encourages audiences to “ignite the spark in IMAX,” features a stone-cold Katniss Everdeen (Jennifer Lawrence) with wings and a bow in hand amid numerous statues of warriors — and a blindfolded President Snow (Donald Sutherland).

Director Francis Lawrence’s adaptation of the second novel in author Suzanne Collins’ “Hunger Games” trilogy focuses on Katniss and Peeta (Josh Hutcherson) embarking on a victory tour, only to have to prepare to fight for their lives again in the 75th Hunger Games, which is also known as the Quarter Quell. All this action unfolds while the government controlling Panem plots to kill Katniss after her actions in the first film have inspired a revolution.

Here’s the poster in all its glory: